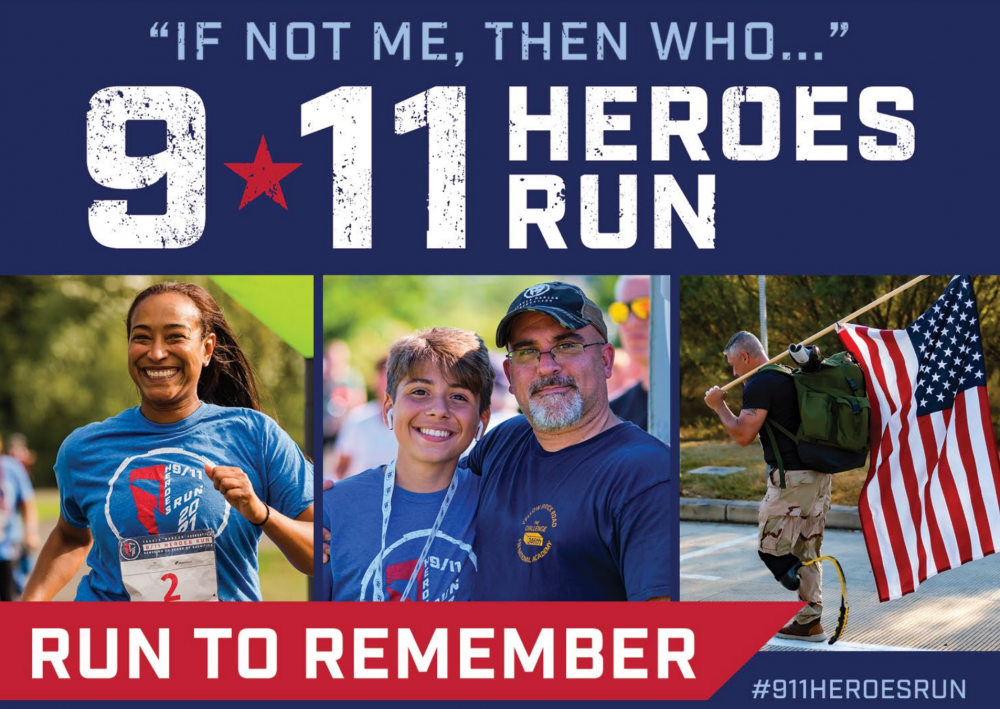 Murfreesboro, TN —The Travis Manion Foundation and The City Schools Foundation are joining forces to host The Murfreesboro 9/11 Heroes Run on September 10, 2022. This year, the two organizations combined the annual Back to School Dash with the Heroes Run.

Proceeds from the event will go into a number of programs, one of those being local grants for teachers within the Murfreesboro Schools… That was Stephanie Roach with the City Schools Foundation.  Larry Maples, Race Coordinator for the Murfreesboro 9/11 Heroes Run, stated… Murfreesboro Police School Resource Officers replaced the DARE curriculum several years ago with the Travis Manion Foundations’ Character Does Matter program. Through the mentorship of local officers, the program helps to develop character and leadership skills in Murfreesboro students.

The 9/11 Travis Manion race series is dedicated to uniting communities to remember the lives lost on 9/11, as well as honoring our veterans, military, and first responders who dedicate their lives to serving others.

Hear the entire interview that WGNS recorded on August 22, 2022.

ABOUT THE RACE: Race Day in Murfreesboro will feature a 5K run/walk, 5K RUCK (carrying backpacks / additional weight as done by troops moving from one location to another), and one-mile fun run/walk. The race will begin and end at Civic Plaza in historic downtown Murfreesboro with an 8 a.m. start time.

At its heart, the 9/11 Heroes Run is a tribute to never forget the heroes of that September 11. The 9/11 Heroes Run also acknowledges the hard work of all our nation’s frontline workers including teachers, first responders, and healthcare workers. The Murfreesboro 9/11 Heroes Run broke records for attendance at a first-time event in 2021.

About Travis Manion Foundation
The Travis Manion Foundation is a qualified 501(c)(3) that is dedicated to empowering our nation’s veterans and families of fallen heroes to develop character in future generations. In 2007, 1st Lt Travis Manion (USMC) was killed in Iraq while saving his wounded teammates. Today, Travis' legacy lives on in the words he spoke before leaving for his final deployment, "If Not Me, Then Who..." Guided by this mantra, veterans continue their service, develop strong relationships with their communities, and thrive in their post-military lives. As a result, communities prosper, and the character of our nation’s heroes live on in the next generation.

About the City Schools Foundation
The organization benefits Murfreesboro City Schools’ 9,000 plus pre-K through 6th-grade students and serves as a venue for other foundations and corporations to make significant contributions that can impact the school system as a whole. The intent is to bring local resources to bear on local needs. The group was chartered in 2005. The Foundation’s goals are to boost the school system’s financial support in the areas of science and math, academic competition and excellence among students, and to address financial parity in all schools.