Changes to Downtown Murfreesboro to likely include MORE Residential Space 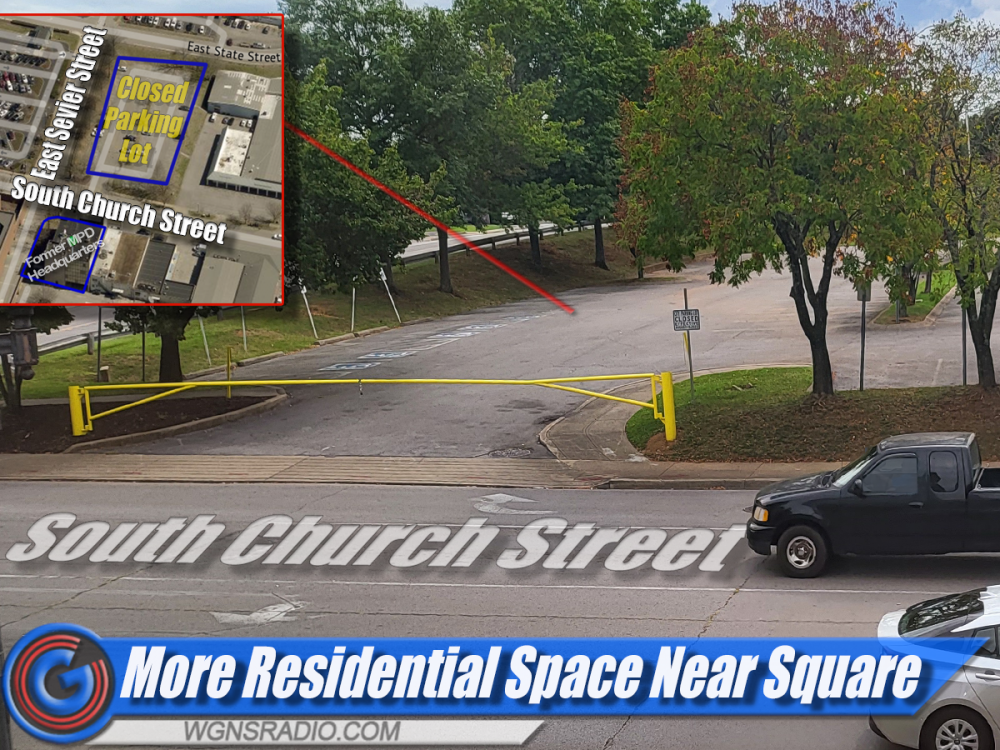 Parking lot closed - Future development could include residential-mixed use structure.

South Church Street in downtown Murfreesboro is growing residentially. While it may not be apparent now - it will be in the near future, which is why the parking lot across the street from what was once the Murfreesboro Police Headquarters is now cordoned off…That was Murfreesboro Development Services Executive Director Sam Huddleston. He told WGNS News that the parking lot will likely be part of a future residential – mixed-use development. That development will require the old police department, WGNS and several other buildings to be torn down. Plans were presented to council members earlier this year for the proposed development at Broad and South Church Street.

If the company behind the proposal moves forward, the new development will include over 300 apartment units, up to 25 residential condominiums and a boutique hotel. The building will also hold offices, restaurants and retail stores. During an April city council workshop, Dean Montgomery with HRP Residential suggested they would be the main company behind the mixed-use structure on Broad at South Church Street…

PEDESTRIAN BRIDGE: Originally, the city planned to build a pedestrian bridge over Northwest Broad Street at the Vine and Broad Street intersection, but plans changed after more developers showed interest in constructing additional residential structures along South Church Street. The bridge will connect to greenspace that will serve as a park-like area, according to Huddleston… That greenspace will include the daylighting of Town Creek.

Huddleston noted the other proposed residential development sits near the intersection of South Church and East Main Street, directly behind Shacklett’s Photography and across the street from The City Café… City officials continue to work with developers and nothing is concrete at this point.

Meanwhile, on the opposite side of the square, construction continues on One East College. That structure will hold residential condominiums, office and retail space and more than likely - - a hotel. A parking garage will also be built at that location, which was once home to First United Methodist Church.