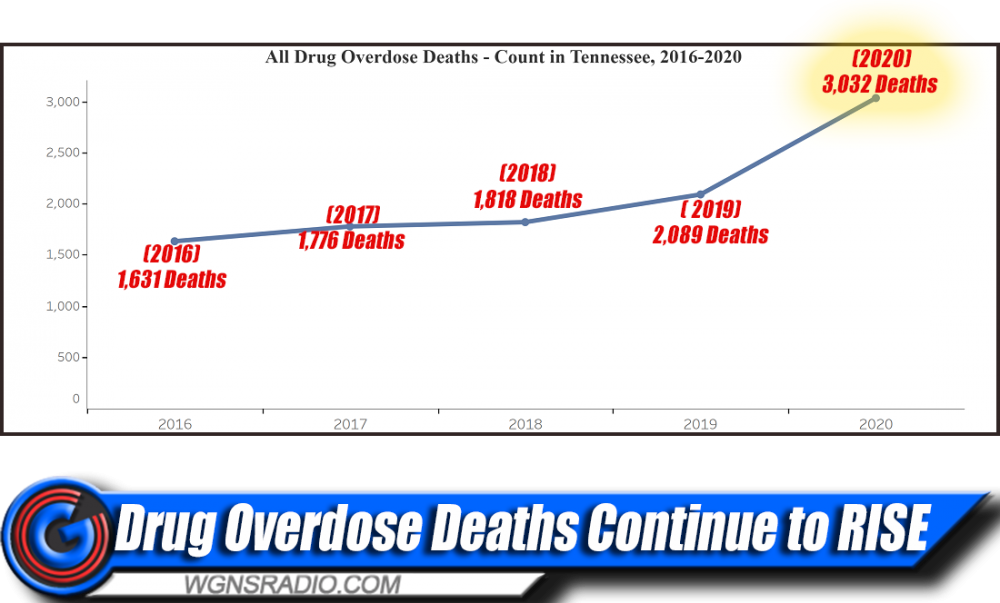 RUTHERFORD COUNTY, TN - Drug abuse continues to be one of the number one concerns of parents, educators, law enforcement and community leaders. Sadly, the numbers of those who use illegal drugs have grown in recent years.

The growth in drug abuse is well documented in the number of overdose cases reported in Tennessee, which increased significantly during the COVID Pandemic. If you compare the number of drug overdose deaths in 2018 to 2019, you'll see a massive spike. The overdose numbers reported in 2018 were confirmed to be 1,818 cases statewide. By 2020, that number climbed to 3,032 overdose deaths throughout the Volunteer State.

Rising to the top of the list are a class of drugs known as opioids. Locally, Rutherford County Commissioner Craig Harris confirmed the ongoing opioid epidemic is taking an increased number of lives... As a result of a lawsuit that was settled against an unnamed opioid manufacture in 2021, Rutherford County is one of several counties that will be receiving several million dollars over the next 18-years to further the fight against drug abuse...Three main goals of the task force will be to raise awareness of the ongoing problem of drug abuse, further educate local residents about the dangers of drugs and most importantly - to help those who are suffering from addiction find the proper help to recover and remain clean...You can learn more about the drug epidemic and find help by visiting the Prevention Coalition for Success online at PC4S.org. WGNS will continue to follow this ongoing story.