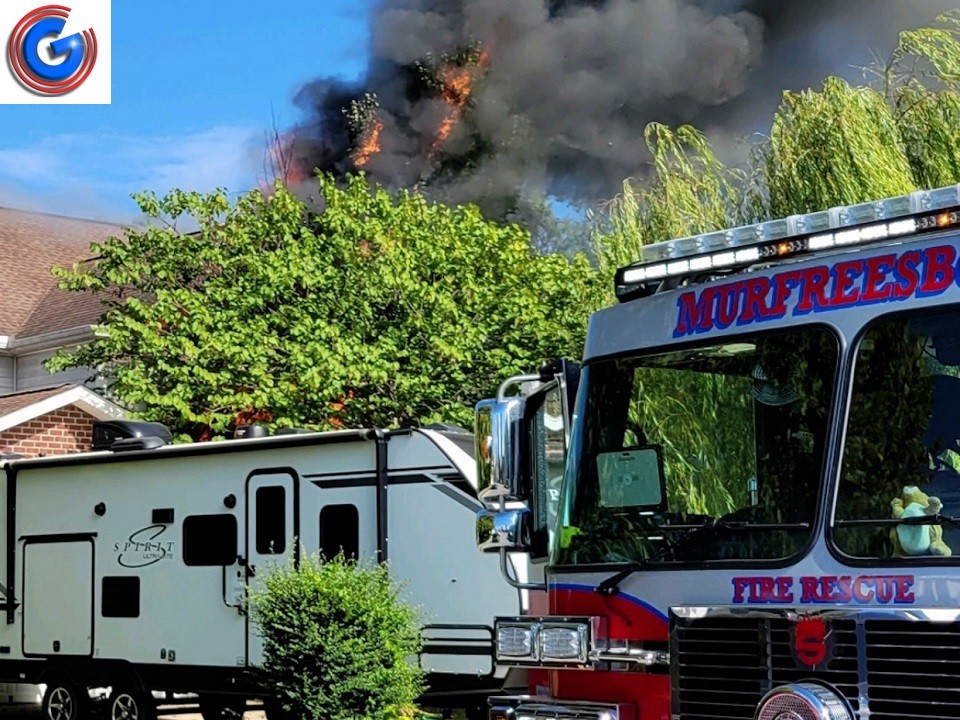 (MURFREESBORO)  Murfreesboro Fire Marshal investigators are trying to determine why an 18-year old male was injured in a house fire on Roxbury Drive shortly before 3:00 o'clock Thursday (9/22/2022) afternoon.

The 18-year-old was taken to the hospital and treated for smoke inhalation and minor burns.  His sister was not injured.

The siblings were able to get one of their dogs out of the burning home.  Firefighters rescued another dog.  The family’s cat is still missing.

Heavy smoke and flames were billowing from the second floor when firefighters arrived. They performed an aggressive attack on the fire and quickly put it out.

The home is not habitable.  Volunteers with the Heart of Tennessee Chapter of the American Red Cross is assisting the family.

The incident remains under investigation.