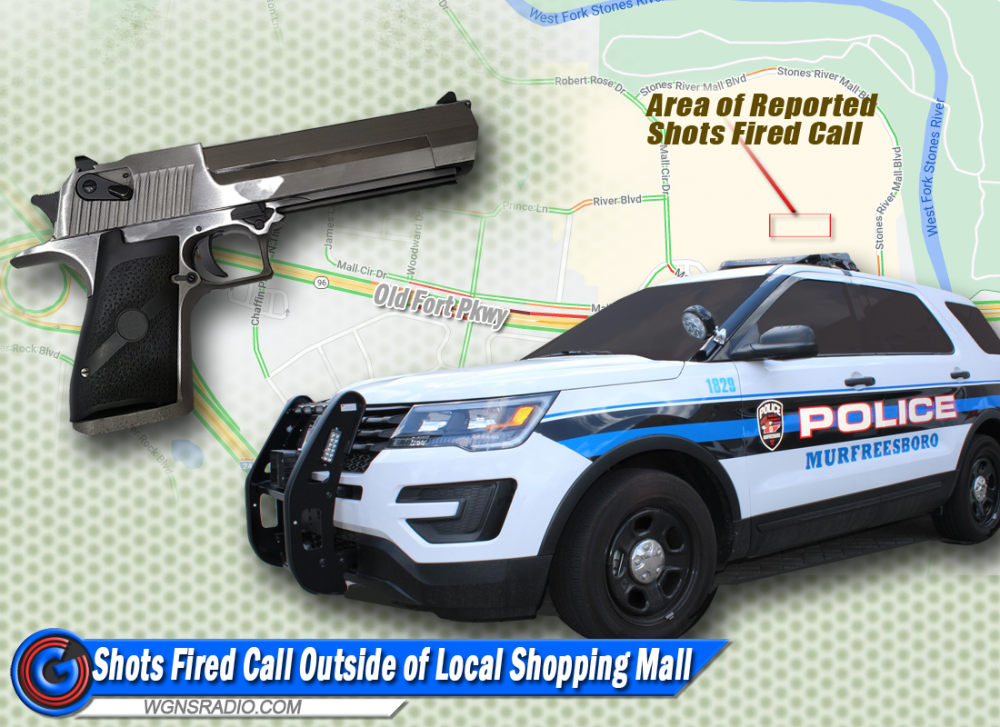 (MURFREESBORO, TN) UPDATE - Minutes before 9-o’clock Saturday night, the Murfreesboro Police Department was called to investigate a report of gunshots being fired in the parking lot of the Stones River Town Centre, formerly Stones River Mall. Upon arrival, police were told by witnesses the shots were believed to have come from the area between Chuck E. Cheese and Olive Garden.

Witnesses told officers they saw a group of people in the parking lot arguing, and several shots were fired. MPD Public Information Officer Larry Flowers confirmed, “No one was injured. The group left the area prior to officers arriving.” No arrests were made on Saturday night after the shots fired call was investigated by the MPD.