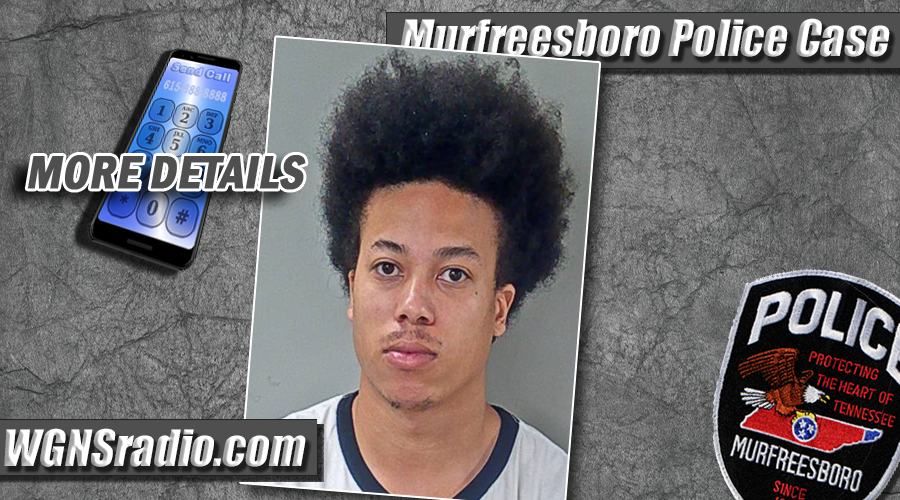 UPDATE (MURFREESBORO, TN) – WGNS has more details on an upcoming October court case involving an alleged robbery that was reported in Murfreesboro. The incident occurred at Phones and More on Northwest Broad Street late last month.

According to a police report filed with the Murfreesboro Police Department on August 23rd, the male suspect was with a female when he walked into the mobile phone store and asked for assistance in unlocking a cellphone. One responding officer highlighted in a report the alleged victim stated, “…they became angry, and she told them to leave or she would call the police.”

ADVERTISEMENT
Another report on file showed the male customer, identified as Jaylen James, left – and returned a few minutes later.  Upon his return the worker said the suspect “…began to film her.”

The preliminary narrative of one police report shows the worker started to leave the store and “…she began to walk to her vehicle when Mr. James slapped two phones out of her hand and pushed her to the ground.” That same report showed the victim “…advised Mr. James then kicked her and pushed her down a second time before taking the phones,” and fleeing the scene as the woman was ‘actively bleeding.’ However, the female refused treatment from emergency responders.

A reported witness said she saw Mr. James "throw" the female victim to the ground as she walked out of the store. The bystander says that “…she witnessed Mr. James take the phones off the ground as he left before getting in his vehicle and leaving outbound on Broad Street."