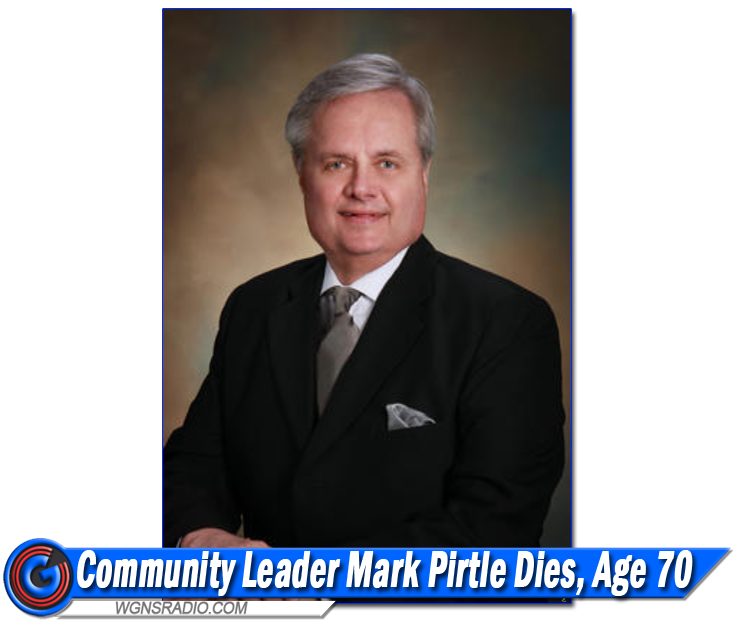 (MURFREESBORO) Midstate community leader Mark Pirtle passed away Monday (10/3/2022) night at the age of 70. The arrangements are incomplete at this time, and will be announced later by Woodfin Memorial Chapel.

Senior Judge Don Ash noted, "Our friend Mark Pirtle passed away last night after a long and courageous battle with cancer. In addition to being devoted to his family and friends, the impact on this community had been enormous. No matter which way you look in Murfreesboro, you will see a development in which Mark was involved. I will miss Mark and will always be thankful for the impact he had on my life."

Pirtle grew-up in McMinnville, TN and started to learn about finances with his first job in a bank at age 16.

Mark continued in the banking industry with Commerce Union Bank, while also being a student at Middle Tennessee State University. Upon graduation, he moved to Chattanooga and joined Hamilton National Bank.

While in Chattanooga, he was exposed to automobile sales in neighboring Cleveland, Tennessee. Mark found his calling, where he could earn well, help others and grow. He became general manager within 9-months. He returned to Murfreesboro, where he purchased the Oldsmobile-Cadillac dealership in 1985.

He enjoyed a blended career. In 1980 friends joined Pirtle in developing commercial real estate and a new passion exploded. From then on, Mark blossomed in real estate, banking and automobile sales.

Back in Murfreesboro, Mark was introduced to the love of his life. He married Anita in April of 1987.

Murfreesboro Mayor Shane McFarland commented, “Mark will be missed. He was a visionary, a leader, a man that always looked to the good in people and [the good in] every situation. He was a champion for Murfreesboro and his hometown, McMinnville. We lost a great man and a good friend. Anita and the family will be in my prayers.”

Former State Representative John Hood said, "We have lost a true community citizen with the passing of Mark Pirtle. He was a successful business man, a development mind, and a very special personl friend. He will be truly missed!"

Mark was on The Truman Show on August 28, 2020. He reminisced then with Truman Jones.