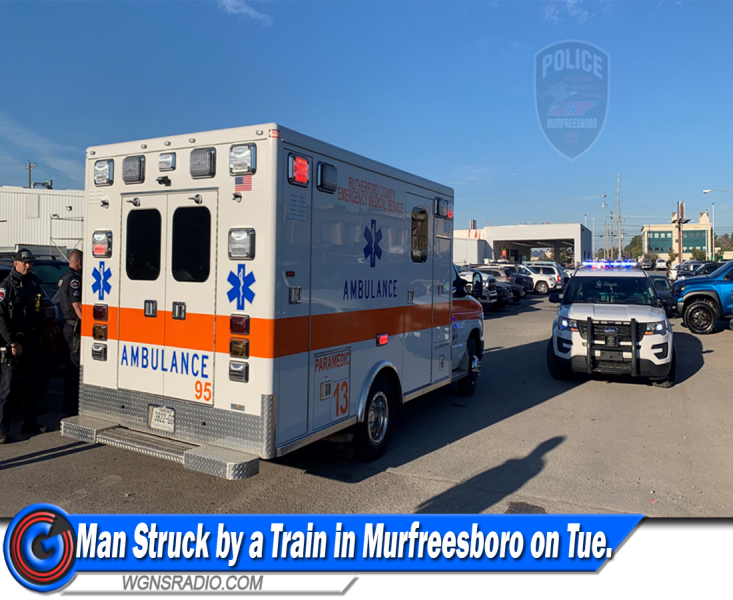 (MURFREESBORO, TENN.) The Murfreesboro Police Department and Murfreesboro Fire & Rescue Department responded to a man being hit by a double locomotive behind Beaman Chrysler/ Dodge / Jeep / Ram on South Church Street Tuesday morning. The preliminary details show the locomotive engineer sounded the horn continuously once he saw the 24-year-old man walking alongside the CSX train tracks with his head down. According to MPD Public Information Officer Larry Flowers, “The double locomotive had started to slow down and was believed to be traveling around 40 to 50 mph when it struck the man’s left shoulder area, knocking him over. The 24-year-old called 911 himself. He was treated by MFRD and Rutherford County Emergency Medical Services personnel and then taken to the hospital for evaluation and further treatment.”

The MPD tell WGNS NEWS that there were no rail cars attached to the double locomotive engines. CSX is investigating. But again, the man was alive and dialed 9-1-1 himself from the scene of the accident on Tuesday.