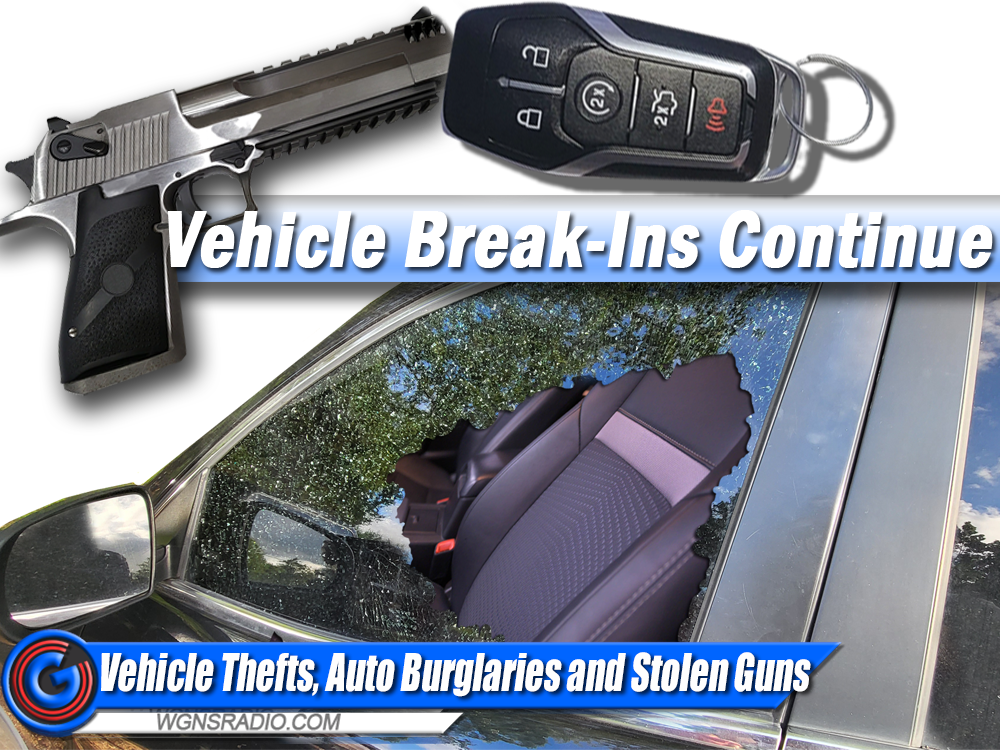 Middle Tennessee – For those visiting Nashville, be sure to lock your car doors. In fact, the Nashville Police Department is strongly encouraging everyone, from visitors to native Nashvillians to lock their automobile doors, secure any valuables---especially guns, and most importantly, REMOVE THE KEYS.
ADVERTISEMENT
So far this year, 1,087 guns have been stolen from vehicles in Nashville. More than 70% of ALL guns reported stolen in 2022 (1,547) were taken from vehicles. Last week alone, 22 guns were stolen from cars and trucks that were parked throughout Music City.

Going hand in hand with vehicle burglaries is vehicle theft. A review of last week’s stolen vehicle reports in Nashville shows that 64% of the automobiles taken (46 of 72) were easy targets because the keys were left inside or made available to thieves.
Closer to home in Murfreesboro, a total of 46-reports of vehicle break-ins and vehicle thefts have been reported over the past 4-weeks. Out of that number, there were 31-vehicle burglaries and 15-motor vehicle thefts reported, according to the crime map used by the Murfreesboro Police Department.
Stolen guns and vehicles are routinely involved in criminal activities, including carjackings and robberies. This has been proven time and time again in criminal cases in both Nashville and Rutherford County.
Source: Metro Nashville Police and Murfreesboro Police
Tags: beware burglaries Lock Your Car Doors Murfreesboro Nashville Rutherford County stolen guns Tennessee theft thieves
Sections: News