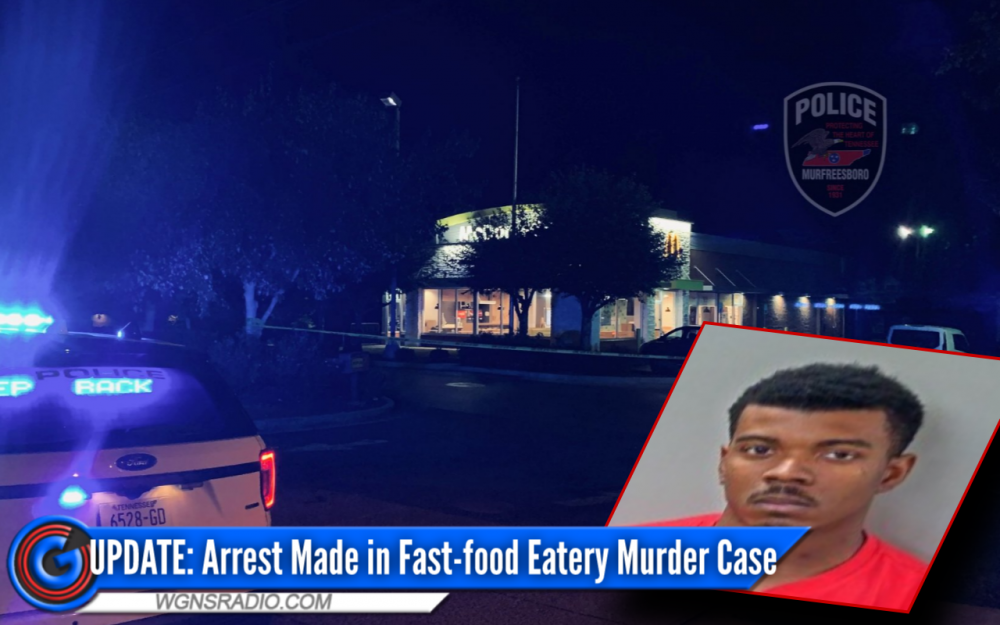 MURFREESBORO, Tenn. – Murfreesboro Police Department Criminal Investigations Division detectives, with assistance from the La Vergne Police Department, arrest a man on Thursday, Oct. 20, for the murder of 24-year-old Kevin Washington. Washington was gunned down in the parking lot of a fast-food restaurant in Murfreesboro in late September.

Cameron Jordan, 20, was taken into custody while at his job in La Vergne. Jordan attempted to run out of the back door of the business to avoid officers. Once he opened the door, CID detectives and a La Vergne Police K9 Unit were waiting. Jordan is charged with 2nd degree murder.

Investigators believe Washington and Jordan got into an altercation outside the S. Rutherford Blvd. McDonald’s and exchanged gunfire on Sept. 29. Washington was shot multiple times and later died at the hospital.

Detectives are still trying to determine the motive.The investigation continues.

Jordan is being held on a $500,000 bond at the Rutherford County Adult Detention Center.