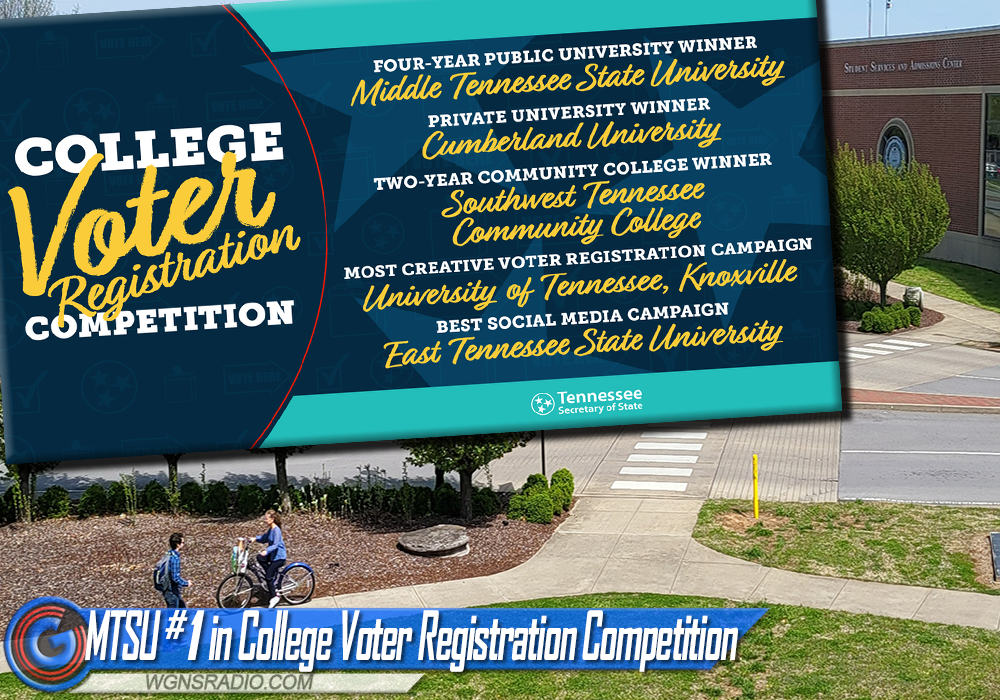 Tennessee Secretary of State Tre Hargett announced Tuesday that Middle Tennessee State University, Cumberland University and Southwest Tennessee Community College are the winners of this year’s Tennessee College Voter Registration Competition.
Two other schools were recognized for excellence in special categories. The University of Tennessee, Knoxville won Most Creative Voter Registration Campaign and East Tennessee State University won Best Social Media Campaign.
ADVERTISEMENT
"Congratulations to the winning schools but the real winner in this competition is the State of Tennessee, because our state and nation are stronger when all eligible voters engage in the electoral process," said Secretary of State Tre Hargett. “Thank you to all the students and administrators who supported this competition and helped their fellow students register to vote.”