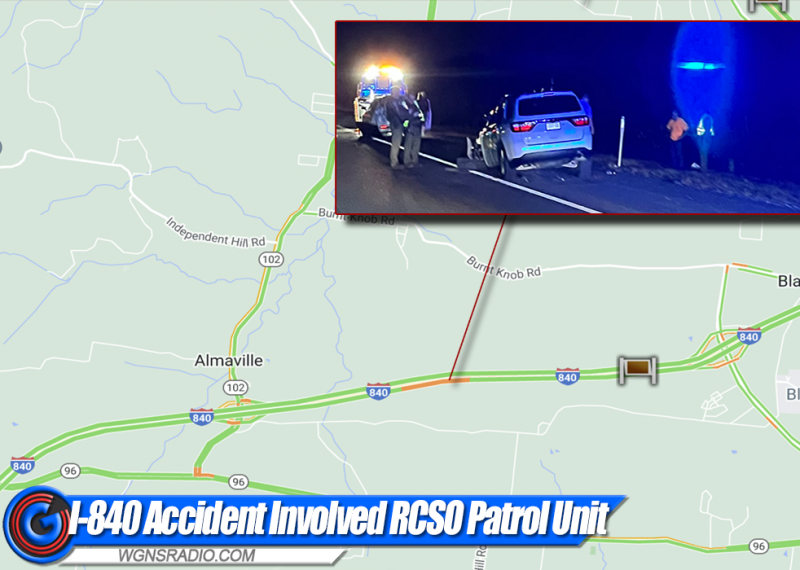 (RUTHERFORD COUNTY, TENN.) An auto accident involving a Rutherford County Sheriff's Deputy occurred on Friday night. The wreck happened on I-840 East between the Almaville Road and Veterans Parkway interchanges. WGNS confirmed that no one was injured in the incident.

Reports indicate one of the departments' patrol vehicles suffered extensive front end damage, as a result of the collision. That vehicle was a Dodge Durango SUV (RCSO Unit #775).

Details on how the accident occurred have not been released because State Troopers with the Tennessee Highway Patrol are investigating the crash. WGNS will continue to follow this story and will update listeners as soon as more information is available.