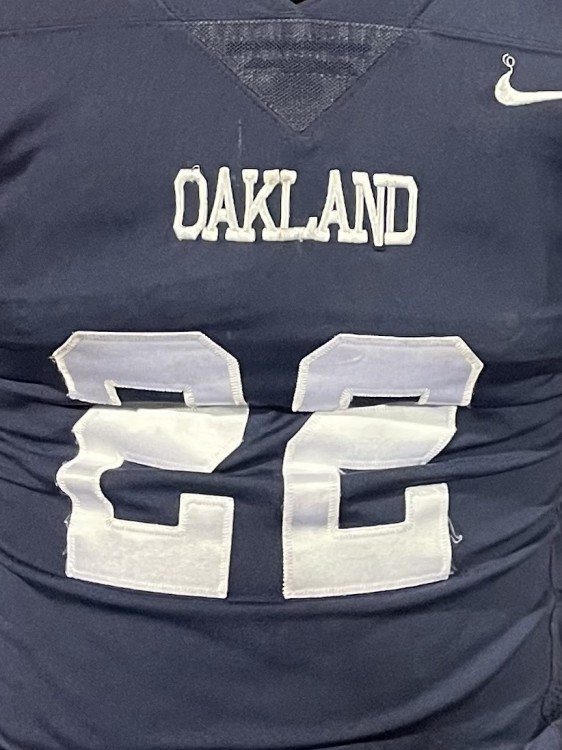 Football, like most sports, is a numbers game. Oakland High School will be looking for more of the right digits come December 3, 2022.

The TSSAA class 6A state title tilt will match Oakland (13-1) with the Beech Buccaneers (13-1). As these mid-state powers collide, the most important number outside the final score might be the rushing yards. The old adage of pass to score and run to win might never be as true as it will be in this contest. Both schools feature solid running games with big-play capabilities. During their 38-14 mangling of Maryville in the state semifinals, Oakland ran for an eye-popping 379 yards. Beech has also used the ground game in a big way as they average 260 yards rushing per game and 8.4 yards per carry.

We understand the importance of the running game, but the passing numbers could in fact accentuate the run. For the Patriots the throwing numbers were non-existent against Maryville (0-4 0 yards). In this one, thanks to many big plays (99-yard kickoff return and 3 rushing touchdowns of 68-plus yards) the Patriots did not have to pass to score. By the same token, the Buccaneers only average 3.5 completions and 66 yards passing per game. Whichever team can find a way to amass via the pass will have an advantage.

The final number the Oakland Patriots hope to pronounce is three. For the third consecutive year, this Kevin Creasy-led bunch is battling for a state title. The bright, shining lights of high school football's final week are nothing new to this group. Big-game experience should give Oakland an advantage as they look to three-peat as champions in Tennessee's highest classification.

Kickoff at Finley Stadium in Chattanooga is slated for 6 pm central.