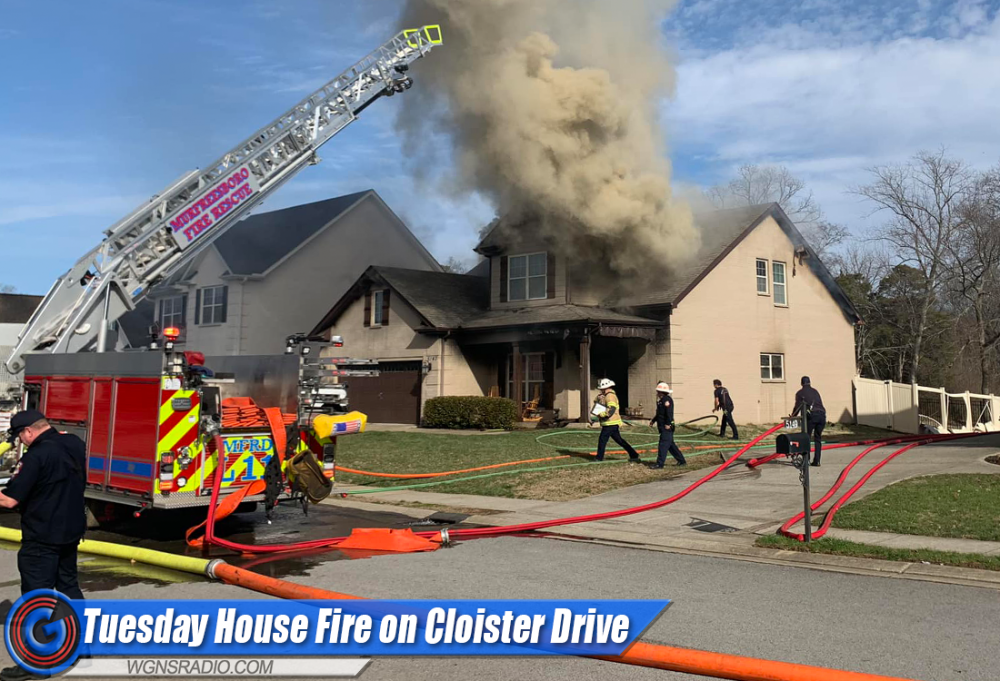 MURFREESBORO, Tenn. - The Murfreesboro Fire & Rescue Department Fire Marshal's Office investigators are trying to determine the cause of a house fire that destroyed a home Tuesday afternoon. Reports indicate that one homeowner was inside when the fire started. He escaped unharmed before firefighters arrived. Scroll down for video.

Firefighters responded to the home in the 5100 block of Cloister Drive around 1:16 p.m. on Tuesday. When they arrived, heavy smoke and flames were visible. Firefighters quickly extinguished the fire.

Cloister Drive was closed for hours while fire crews checked for hot spots and worked to clear the fire scene. While firemen remained on the scene, the Red Cross was notified to assist the family.

At this time, the cause of the blaze remains under investigation.