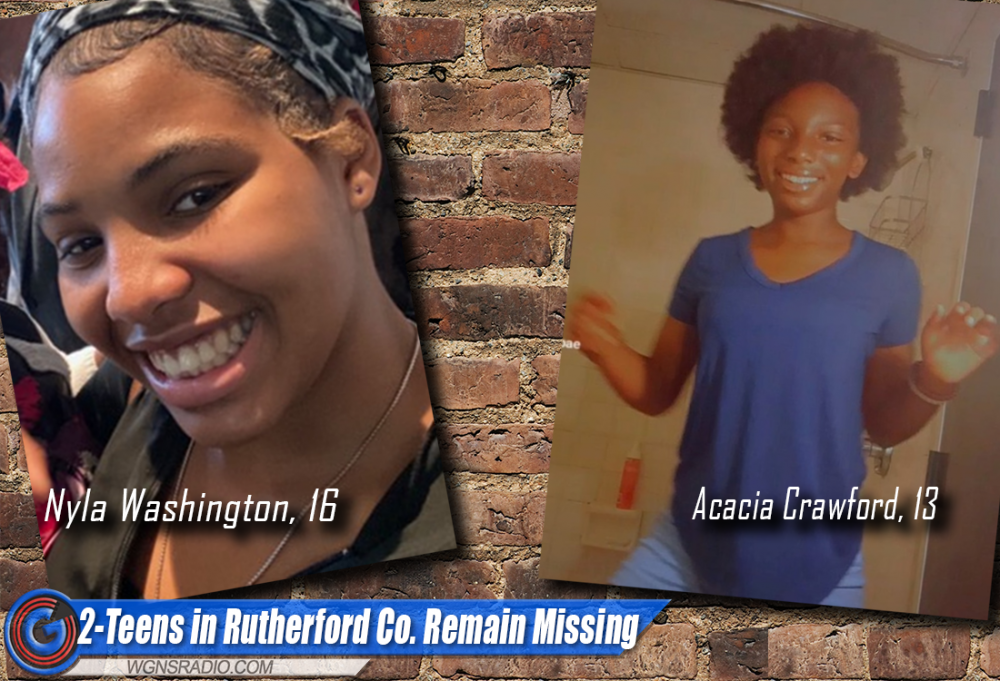 Rutherford County, TN – Two teens remain missing and both were last seen in the Rutherford County area, according to authorities. The most recent of the two cases involves a teenager that was reported as missing by her foster family this past Friday evening, January 20, 2023.

Sheriff's officials report Washington has been entered into the National Crime & Information Center database as a missing juvenile. If anyone has any information on the whereabouts of Nyla or any details that could assist law enforcement with locating her, please contact RCSO Detective Jesse Gammel at 615-904-3051.

In another missing teen case, Murfreesboro Police confirmed that 13-Year-old Acacia Crawford was first reported as a missing and as a runaway juvenile on Wednesday, January 18, 2023. The MPD reported that Crawford left her residence on her own and was last thought to be in the North Lakeshore Drive area of Murfreesboro.

Crawford was entered as missing in the National Crime & Information Center (NCIC) database. If you know of Acacia Crawford's whereabouts, you are encouraged to contact MPD Detective Emily Speed at 629-201-5664.