It was in July of 2000 that three workers at Captain D’s restaurant in Smyrna were brutally murdered during a robbery. Looking back nearly 14-years ago, 18-year old server Troy Snell of La Vergne, assistant manager 29-year old Bryan Speight of Nashville and 42-year old manager-trainee Scott Myers of Memphis were killed in cold blood. Today, the restaurant quietly sits on Lowry Street and to date, no other caliber of incident has shaken the Town of Smyrna since.

After the robbery occurred, Snell was found shot to death inside his car parked behind Kroger. Speight and Myers were later found in the cooler of the restaurant, according to lead detective Jeff Peach who was with the Smyrna Police Department at the time of the crime. We are told that the first victim was discovered at about 2:30 in the morning and the other two victims were found shortly after. The killers reportedly forced Snell at gunpoint to help them get away from the scene of the crime and shot him at near point blank range minutes later.

So where are the accused killers today?

A man and a woman were arrested, charged and convicted of the murders in 2001. The accused suspects in the crime are currently behind bars today.

A special garden and sitting area is in front of Captain D’s today. There is a stone memorial for the three workers in front of the restaurant. Snell, Speight and Myers were killed on July 12, 2000.

Scott Myers from Memphis, Tennessee was a manager trainee who worked for the corporate office of Captain D’s traveling from store to store training employees. He was married with three young daughters when he was shot to death.

William Troy Snell was an 18-year old LaVergne resident who was a senior at LaVergne High School. The job at Captain D’s was one of his first jobs. Snell lived with his parents at the time of his murder.

Bryan Speight was an up and coming manager who was currently working as an assistant manager at the store. He had one daughter and was living in Nashville at the time of his death.

After the Court Trials:

After the cases were closed and went to trial, LaTonya Taylor filed an appeal with the courts, seeking post conviction releif. The case did not go in her favor. You can read the court documents from 2009 HERE. 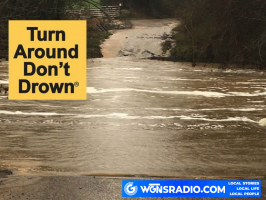