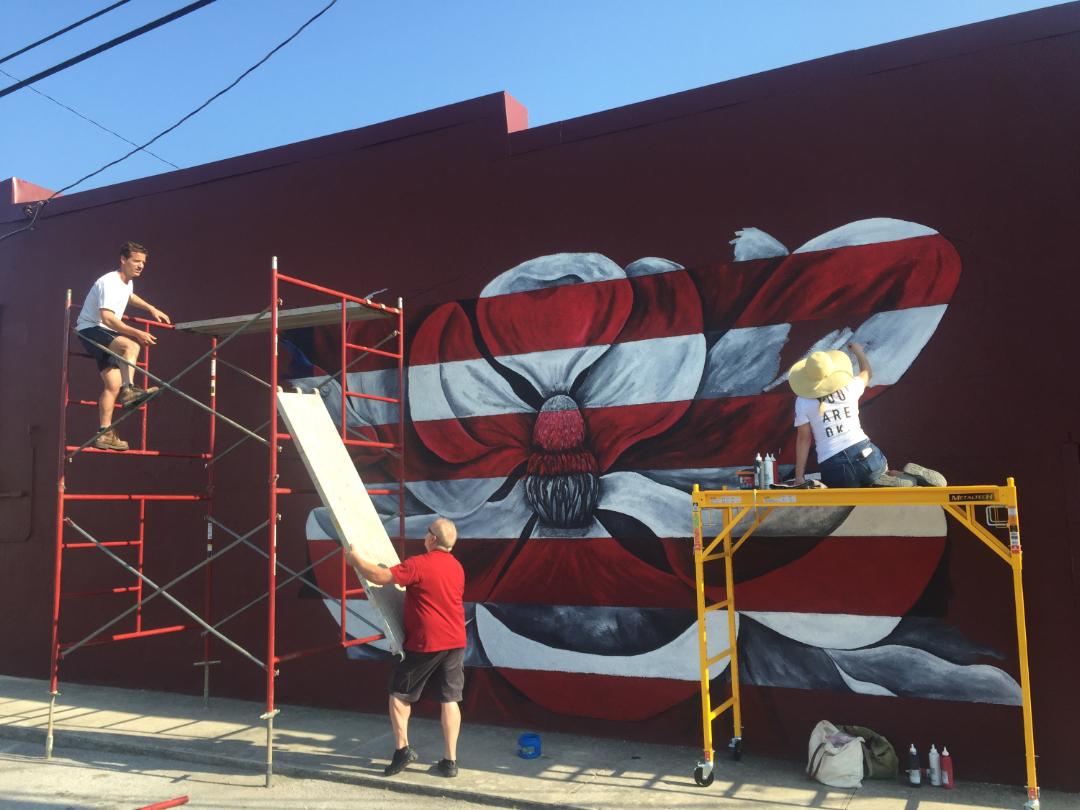 Something new is going up in Downtown Manchester, but it is being met by some controversy.

A new mural is being painted on the side of Wheeler's Construction and Restoration, Inc. The mural, painted by a Murfreesboro artist, is an American flag in the shape of a magnolia with the word "Manchester" on it.

The Historic Commission found it to be disrespectful and wants it covered up, while Scott van Velsor believes he is in his right to have it completed.

The artist was commissioned to do the work by van Velsor and his wife.

The representing building owner John Wheeler, went to the Historic Zoning Commission to seek approval for the mural at 121 S. Spring St. and adding a new awning during their Thursday, May 3 meeting. The commission approved the exterior paint and awning, but asked van Velsor to wait on the mural until they could create guidelines for mural projects.

Van Velsor moved forward with the project. Zoning commission acting secretary Pat Berges told the Manchester Times, "It doesn't represent anything." "It has nothing to do with Manchester history."

Berges said the commission called the police to stop the artist on Sunday, but law enforcement is not in charge of zoning codes and couldn't do anything as the painting is not criminal.

Van Velsor claims the art is within code - his color choices matched those set by the commission and he did get their approval to paint the building. The meeting's minutes also show an approved motion.

Van Velsor was able to hire the artist after a donation from First National Bank of Manchester. It was done at no cost to the city.

The Wheeler building formerly had an American flag painted in the exact spot as the new mural. The flag was grandfathered in to the exterior building guidelines set by the zoning commission. The flag had the words "Welcome to Historic Downtown Manchester, Tennessee" written below it.