BEWARE: Mumps Has Hit The Mid-State 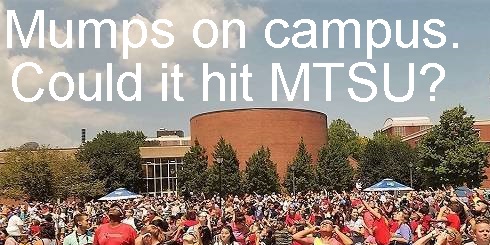 Diseases that we thought were a thing of the past are returning. Reports indicate that mumps are now in Middle Tennessee.

Belmont University announced that a second student has been diagnosed with mumps.

By swiftly removing the student from campus and issuing a public statement, Belmont is working hard to stop this highly-contagious disease in its tracts.

Temple University in Philadelphia has reported dozens of recent on-campus cases that have spread from students to staff and are of concern to the surrounding community.

Studies show that mumps is making a comeback among, especially on college campuses. A new study shows that protection from mumps fades with time. Researchers believe that a booster vaccine given around age 18 could solve the current problem.

Since Middle Tennessee State University is here, is Murfreesboro at risk?

Letting Temple serve as a cautionary tale, Ascension Saint Thomas is committed to educating Middle Tennessee on the risk and advising on best practices for prevention.