The Blackman Middle Flames claimed their first WGNS, Primetime Sports, Little Caesar's Pizza All Sports Trophy. Oakland and Siegel girls tied for the girls' trophy. It's the 11th year for the award.

The Flames won the overall trophy by 12 points over Oakland Middle. Among the highlights of the season, Blackman finished runner up in volleyball, both in the regular season and tournament. They finished runner up and won the championship game in both football and boys basketball. The Flames boys soccer team also claimed the regular season and tournament championship. In addition, Blackman won the boys all sports trophy by 14 points over Rockvale.

It was a highly competitive year for the girls' all sports trophy. In fact, both Oakland and Siegel Middle Schools finished tied for the trophy.

The award has been presented since the 2005-2006 school year. During those 11-years, Little Caesars Pizza has partnered with WGNS Primetime Sports to present the awards. 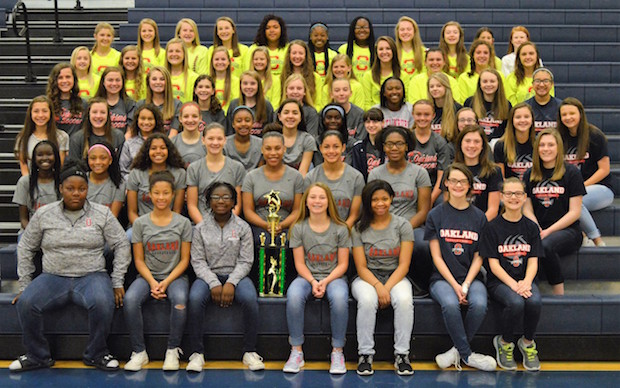