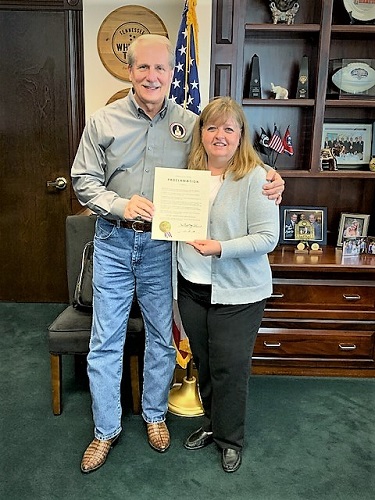 "The mission of the NSDAR is to promote historic preservation, education, and patriotism," said Becker.

"Native American Awareness Week" began in 1976 and recognition was expanded by Congress and approved by President George Bush in August 1990, designating the entire month of November as "National American Indian Heritage Month."

Mayor Ketron's proclamation was made last week and it urges citizens to observe this month with "appropriate programs, ceremonies, and activities."

The NSDAR American Indians Committee is entrusted to the continuing education of the history and culture of the American Indians as well as the support of the educational and cultural pursuits of its citizens. The committee dedicates itself and all DAR members to honor and serve the original inhabitants of this land.