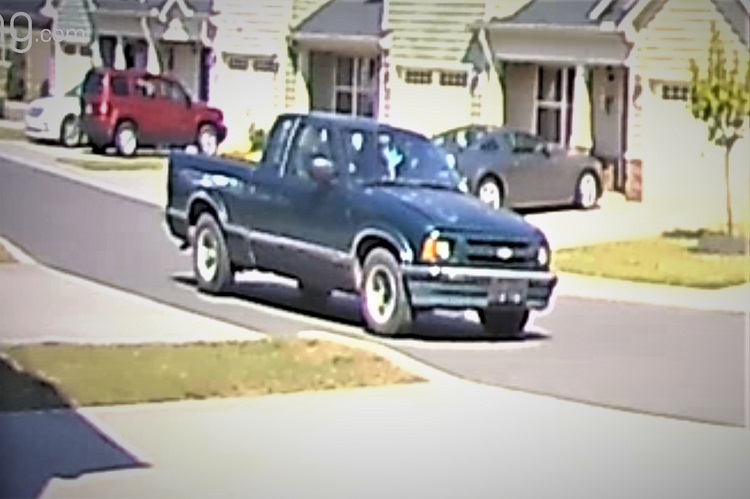 (MURFREESBORO) One Murfreesboro resident is very concerned that a suspect driving a green Chevy pickup truck is believed to have used a wireless device and locked into her Toyota's remote control system. Have you seen this truck driving around your neighborhood?

The woman realized this happened and took the remote key and car to the dealer to get a new code installed. That costs $438, but it still does not protect the Toyota from being stolen. It was suggested that she keep her vehicle locked in the garage, as this culprit obviously had the knowledge and electronic gear to penetrate the code on wireless remotes.

She told WGNS that this incident happened in broad daylight around 2:30 Tuesday afternoon, September 17, 2019 on Granville Drive in the Blackman Community's Puckett Downs subdivision.

The woman's Ring surveillance video clearly shows a green Chevrolet pickup truck stop, and after a short-time the lights on the Toyota "flash", showing that someone has used a wireless device to remotely access the vehicle.

The Blackman resident filed a report with police, but the pickup truck seen in the video did not have a license plate.

The victim's car that was accessed was a 2018 Toyota Corolla XLE.

In commenting on the Ring doorbell camera, the woman noted, "Hopefully, this surveillance video may help to identify the suspect and stop future theft attempts."

NewsRadio WGNS underlines that her car was not stolen, but its wireless key FOB was compromised. This story not only shows a person of interest in the case. In addition, we have received unconfirmed reports of other vehicles being stolen. As soon as that information is validated, WGNS will let you know.