Farmer Killed When Jump-Starting Tractor That Was In-Gear 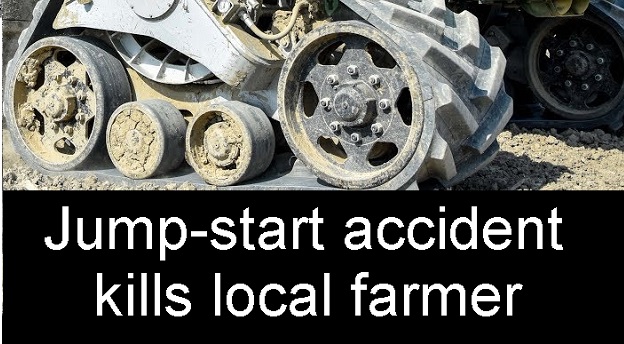 (MURFREESBORO) Last week a farmer in the Lascassas Pike area was killed while attempting to jump-start a tractor that was in-gear when it stopped. Unfortunately, the man in his 60s did not realize that until the cable from his pickup was connected to the the tractor.

The tractor had tracks instead of wheels, which is reportedly a safety feature for more surface on the ground giving greater traction. However, when the tractor stopped, he couldn't get the engine to turn-over. He went to get his truck and attempt a "jump-start" using the pickup's battery. He was crawling around the tracks putting the battery cables in place.

Again, the tractor was in gear, and when he connected the two--the tractor lunged forward killing the man.

Out of respect for the privacy of this local resident and his family, WGNS is not releasing names. However, we did feel that it was important to tell his story--hopefully to prevent similar accidents in the future. Our thoughts and prayers are with the man's family.