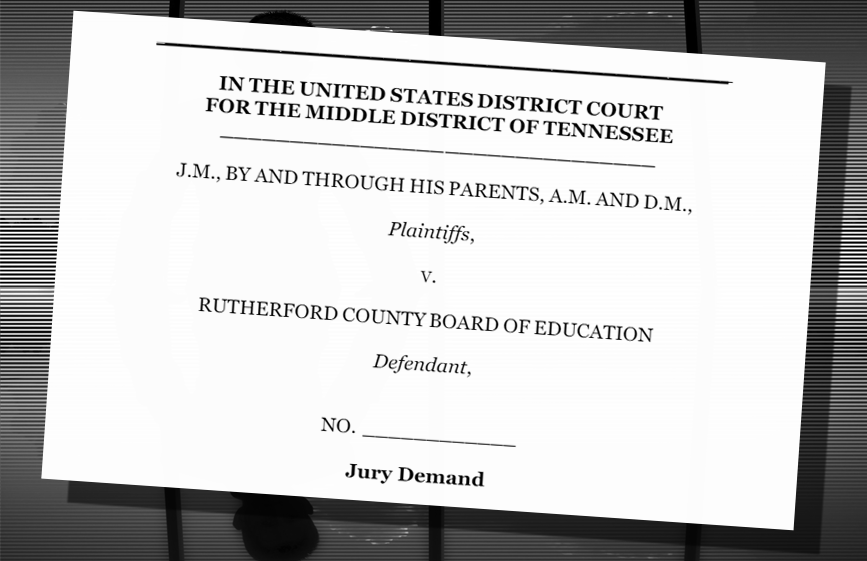 The parents of a child with autism who is currently in the 8th grade have filed suit against the Rutherford County Board of Education.

According to court documents, the parents claim the school failed to protect the non-verbal special education student from sexual harassment allegedly by the hands of an employee. The documents were filed in a federal complaint on January 17, 2019.

Federal filings by the parents suggest that in sixth grade the child was placed alone in a school bathroom. While the documents did not state it was a form of punishment, it did state, "He reacted by striking his head and mouth against the brick wall of the bathroom, knocking a tooth out."

In the seventh grade the child was said to be un-monitored again when he reportedly fell from a therapy ball striking his face and mouth on a concrete floor. The filing showed, "He required multiple surgeries and expensive dental work that is ongoing."

Once in the eight grade, the parents of the alleged victim said that the school system in Rutherford County hired a 300 pound man who stood 6'4" to supervise their child. The statements showed, "A custodian walk in to find the man with his pants at his ankles and his genitals being exposed." The incident was reported to the principal of the unnamed school. The document suggests the schools left the man in place and did not notify the parents of the autistic child.

On September 27, 2018 another employee was said to have seen the same man "touching" the victims groin area. Both incidents were then reported to the School Resource Officer which is when the parents were notified.

The two sexual allegations were preventable, according to the document filings.

The paperwork claims the incidents were damaging for the victim emotionally and caused trauma. Lack of response by the county schools was called gross negligence.

As for the accused subject who was reportedly watching over the victim, the parents took legal action in the form of a protective order hearing to remove the man from employment.

The case is ongoing.