Former Sheriff Arnold May Be In TN By May, 2019 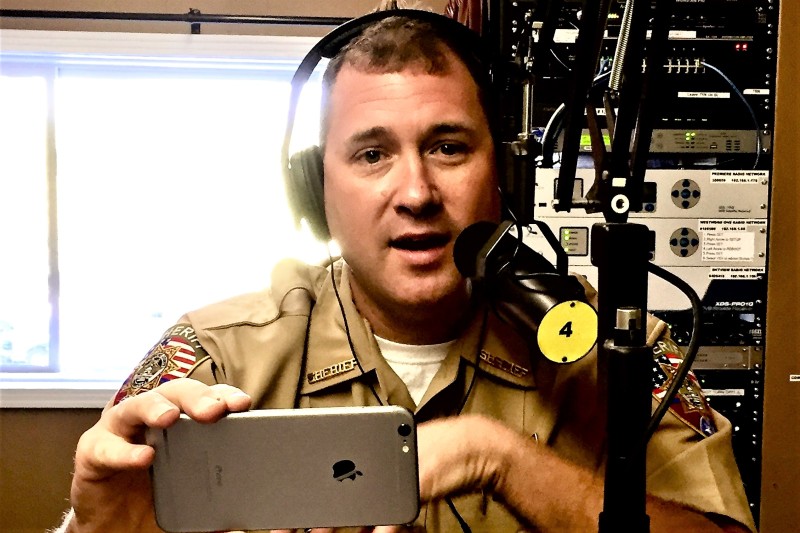 Former Rutherford County Sheriff Robert Arnold may be released a year early, not as a "political pardon" but for "good behavior". He might be in a Tennesse halfway house by this coming May.

Reports indicate that Arnold has been a model prisoner.

That's a far cry from the last months of his time as Rutherford County Sheriff. Arnold never thought he would be arrested, much less be convicted. In fact, he as Rutherford County sheriff, he had a 1-hour monthly talk show on WGNS. During the final months before his arrest and conviction, Arnold denied the seriousness of the crime and told the radio audience that he would seek a third term as sheriff and be re-elected.

Just seven days after that broadcast on WGNS, Sheriff Arnold was arrested and taken to the Federal Courthouse in Nashville. Later the judge revoked his bond after he pleaded guilty to three of the 14 indictments against him and that ended his career in law enforcement.

Now--three years later, it's the same conversation, but different words. Arnold talks about how he is a "political prisoner" and the whole issue is "political".

As you recall, he even contacted President Trump and requested an executive grant of clemency. He was seeking an unconditionl pardon, which would have cleared him of all wrong doing.

The reason for the possible release is strictly based on Arnold's good behavior while being incarcerated.

Officials are beginning the paperwork now, and if approved, the outsted Rutherford County Sheriff could serve his first 6-months of freedom in a halfway house in Tennessee. That could be as soon as 3-months from now. The remaining half-year would be under house arrest.

Arnold is a convicted felon, and his career in law enforcement is over. It's not known what career he might pursue, but he indicates that he plans to return to Tennessee.

Again, federal authorities are beginning paperwork that could have former Rutherford County Sheriff Robert Arnold released and in a halfway house here in Tennessee as early as this coming May, 2019. NewsRadio WGNS will keep you infomed.