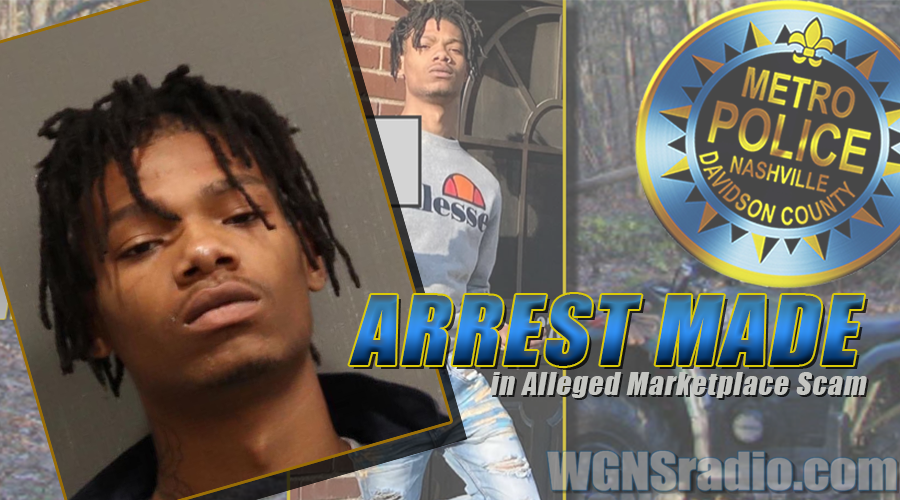 An arrest has been made in the Facebook Marketplace scam that WGNS told you about late last week. The scam involved a man who was allegedly targeting Middle Tennesseans who classified listings online.

A Facebook photograph of Kirkendoll, who at the time was unidentified, was issued to local media Friday. He came forward Friday night after seeing the photo on the news. The four arrest warrants against him were issued Monday.

Kirkendoll is accused of meeting at least four sellers of motorbikes and ATVs on Gordon Terrace, Dellway Drive, and Weakley Avenue. The victims said he took the vehicles for test drives and never returned.

Kirkendoll remains under investigation in similar theft cases. As of 3:15 on Wednesday afternoon, the 18-year-old was still behind bars in Davidson County, unable to post bond.