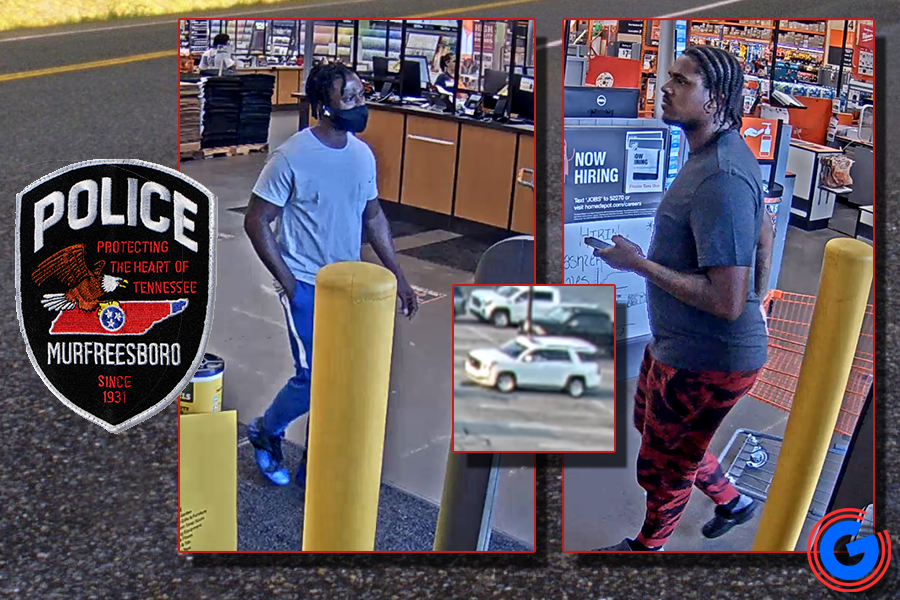 Above photos of the accused released by the MPD on Thursday (9/9/21).

Murfreesboro Police need help from the community with a theft or property case. That help starts with identifying the subjects who are believed to be responsible for stealing merchandise from Home Depot, off of Old Fort Parkway.

Detectives say that two men accused of stealing about $1,500 worth of electrical equipment from the retailer on Sept. 1, 2021.

According to authorities, the duo entered the store and placed the merchandise into a heavy duty trash can, that they placed in a shopping cart. Then, the men reportedly pushed the cart out of Home Depot without paying for the items.

A white GMC Yukon was waiting for the two men in the store parking lot, which they fled the scene in. The SUV had a Florida license plate on the back.

Scroll down to learn how you can help police.

You Can Help the MPD

If you can help local detectives identify these men, contact MPD Detective Ed Gorham at 629-201-5507 or email your tips to crimetips@murfreesborotn.gov.