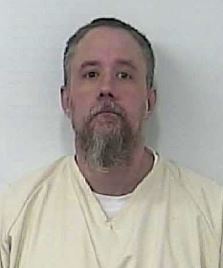 You may recall the name "Jacob Kado." He was the man in Murfreesboro who was accused of killing his own father in 2015. Kado is now in trouble with another murder, this time one he is accused of committing while jailed in "Trousdale County, TN.

An investigation by Special Agents with the Tennessee Bureau of Investigation into the 2019 death of a TDOC inmate has resulted in his former cellmate being charged with second degree murder.

At the request of 15th District Attorney General Tommy Thompson, on June 15, 2019, TBI Special Agents responded to a report of a fight between two prisoners at the Trousdale Turner Correctional Center. During the course of the investigation, Agents learned that Jacob Kado and his cellmate Ernest Hill (DOB 02/18/1977) were involved in a fight, resulting in the injury and ultimate death of Hill.

On October 28, 2019, the Trousdale County Grand Jury returned an indictment charging Jacob Wendell Kado (DOB 03/27/1979) with one court of Second Degree Murder. On Tuesday, he was transported to Trousdale County Jail, where he was booked on this current charge