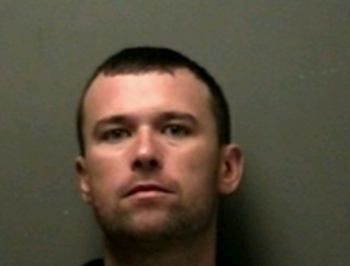 A 29-year old man pulled over for the improper display of a temp tag in the rear window of his Cadillac, was arrested on felony drug charges. John C. Ayers was stopped on Warrior Drive Monday night.

According to a police report, Ayers had two plastic bags of marijuana and several empty sandwich bags with marijuana residue in them. The marijuana added up to 29-grams, which is equivalent to about 1 ounce. Police said Ayers also had a fully loaded handgun within an arms reach. When asked if the gun was his, he allegedly turned the attention to his female passenger suggesting it was her .40 Beretta. When police talked to her, she did not claim ownership.

Police searched the cell phone belonging to Ayers where they say they found pictures of him holding the gun in question. Police also found text messages dealing with narcotic sales, according to the arrest report.

As a result of the traffic stop, Ayers was arrested on drug charges and his reported car, cash, gun and drugs were all seized by Murfreesboro authorities.