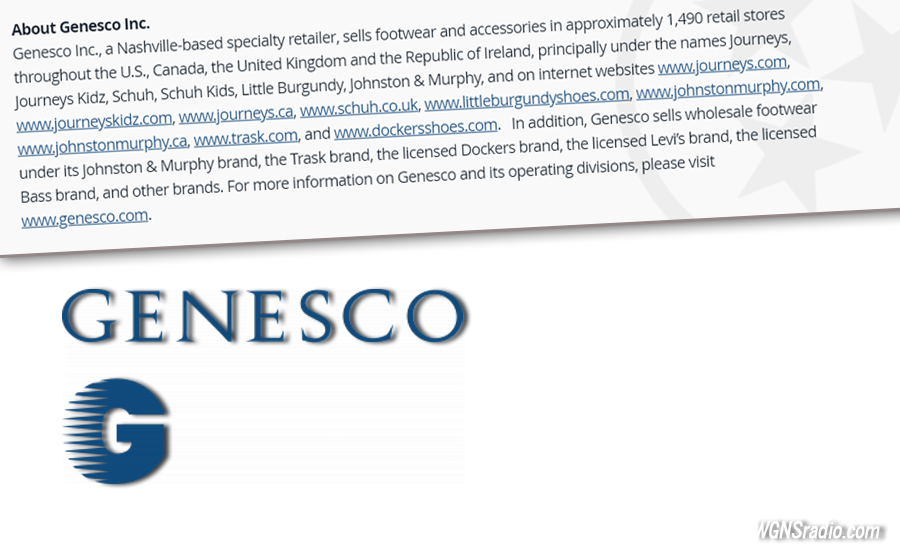 While the company may not be in Rutherford County, it certainly has employed a large number of residents in Smyrna and Murfreesboro over the past 96 years. The company also supplies products to multiple retails stores throughout Rutherford County.

Care to guess what the name of the company is? GENESCO

Genesco will create 60 new jobs and invest $31 million in Davidson County over the next five years.

"I want to thank Genesco for choosing to expand in Nashville. Genesco has been a part of Nashville for more than 95 years, and it means a great deal that this company continues to see the benefit of doing business in our state. I appreciate Genesco for expanding its investment in Tennessee and look forward to our ongoing partnership." - Gov. Bill Lee

Genesco, founded in Nashville in 1924, is a retailer and wholesaler of footwear, apparel and accessories. The company operates under several retail brands including Journeys, Johnston & Murphy, Schuh and sells at wholesale under the Johnston & Murphy and Trask brands and the licensed Levi's and Dockers brands. Genesco operates approximately 1,490 stores throughout the United States, Canada, the United Kingdom and the Republic of Ireland, and employs approximately 21,000 employees worldwide.

"Tennessee's headquarters sector, specifically in Middle Tennessee, continues to see major growth. Since 2013, headquarters jobs have grown by nearly 40 percent in Tennessee and I appreciate Genesco for continuing this momentum by expanding in Davidson County and creating 60 new jobs in Nashville." - TNECD Commissioner Bob Rolfe

Genesco will be relocating to 535 Marriott Drive in Nashville, where it is expected to occupy approximately two-thirds of the existing 310,000-square-foot facility. The company's Davidson County expansion will be complete by 2021.

Since 2015, TNECD has supported 70 projects in Davidson County, resulting in the creation of 22,250 jobs and more than $2 billion in capital investment.