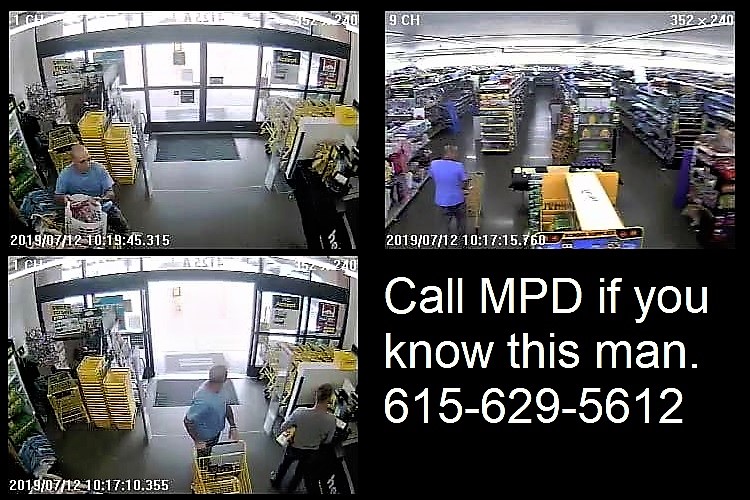 The clerk told police that a man walked-in, filled a laundry basket with merchandise and then left without paying.

The suspect is described as having a bald head and a noticable tattoo on his arm.

The Dollar General employee noted that the man drove away in a white Nissan Altima with tinted windows.

You can also phone CrimeStoppers at 615-893-STOP (7867). When you call CrimeStoppers, no one--not even the police--know who you are. Plus, you are eligible for a cash reward of up to $1,000 if your tip leads to an arrest and conviction.