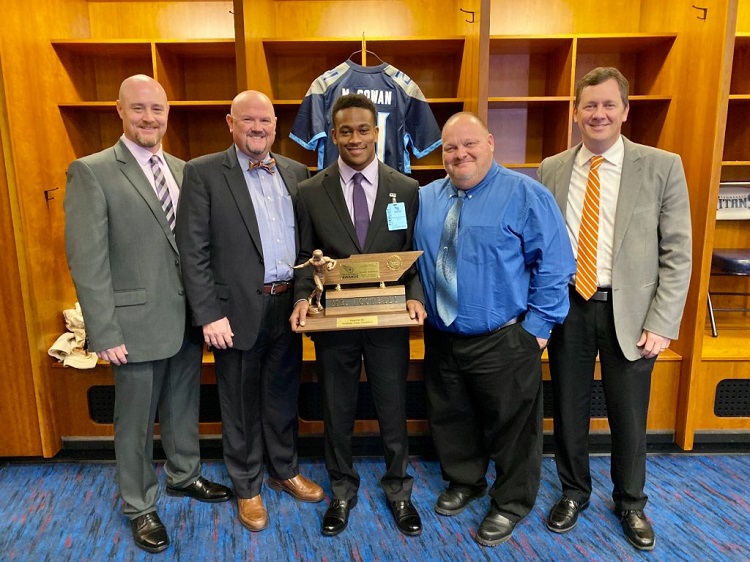 VERBATIM: McGowan was named the Tennessee Titans Mr. Football winner for Division II-A during a Monday ceremony. He was a semifinalist the last two seasons but this, his senior season, took home the award. McGowan finished his career with over seven-thousand yards rushing, including nearly 24-hundred this season. Blackman linebacker Conner Murphy was finalist in Class 6A. He had over 120 tackles and a dozen sacks this season for the Blaze.