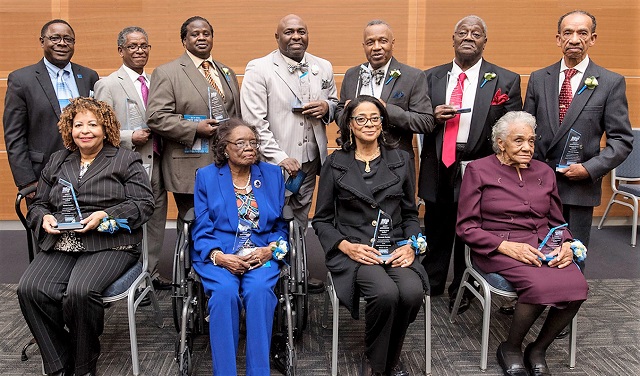 In his luncheon address before a crowd of more than 300 attendees, Tennessee Bureau of Investigation Director Mark Gwyn struck a theme of "doing the right thing." The MTSU alumnus credited his family, some of whom were in attendance, in helping him become a productive citizen, starting with his career in law enforcement with the McMinnville Police Department.

"I've always been a firm believer that there's a lot more good people in this world than there are bad," said Gwyn. "It's just (that) my calling is to protect those good people."

Gwyn is on his third term as TBI director. For the past 13 years, he has been the only African-American director of a state bureau of investigation in the nation.

Each year the luncheon honors unsung leaders who have made outstanding contributions in the areas of education, community service, civility advocacy, sports and black arts.