Murfreesboro man charged with abuse of a corpse 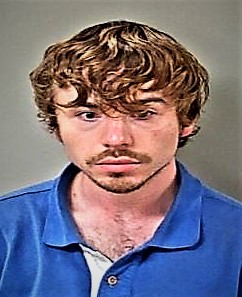 (MURFREESBORO) A Rutherford County Sheriff's detective reports that a man accused of selling heroin to a woman who later died was charged with allegedly leaving her body at Nice Mill Dam this past Friday (12/27/2019).

27-year old Cory T. Sain of Howard Road near Murfreesboro was charged Saturday with abuse of the corpse of 31-year old Tiffany Vickers, tampering with evidence and possession of heroin for resale by Detective Joseph Duncan.

Deputy Sean White reported the body of the woman who lived on North Cove in Murfreesboro was found by visitors at Nice Mill on Friday night.

Duncan reported Sain told him Vickers used the illegal drug in his car and later stopped breathing. He told Detective Duncan that he and a passenger allegedly left her body in the parking lot.

The passenger has not been charged.

The detective noted that Sain said that he removed a message about the drug transaction that had been in social media.

Detective Lt. Todd Sparks said, "Additional details could not be released now as the case is still a very active investigation."