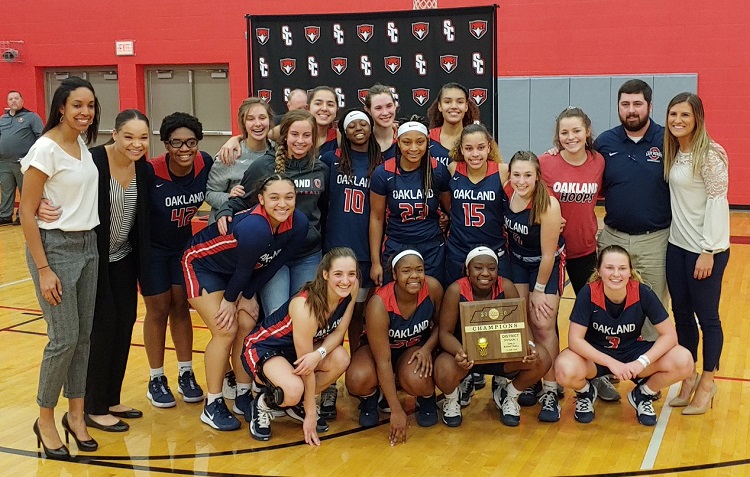 Coming off their semifinal win over number one Blackman, the Lady Patriots captured the District 7-AAA Tournament Championship defeating Riverdale 27-24:

Junior Claira McGowen scored 15 points in the win and had 59 for the tournament. She was chosen the tournament's most valuable player.

The Region 4-AAA tournament is set for girls. Play begins Friday night at 7 at the higher seed. Blackman travels to Coffee County, which will be on WGNS. Stewarts Creek goes to Tullahoma, Lawrence County is at Riverdale and Oakland hosts Franklin Co.

WGNS will have coverage of the district tournament boys consolation and championship games Tuesday night. Riverdale plays Oakland in the consolation game at 6 with Blackman versus Siegel at 7:30.