This year, for the eighth time in 12 years, Siegel Middle School has won the overall sports trophy. It's the first time they've won the award since the 2011-2012 season, which they kept at the school from 2005 to 2012. Blackman finished just three points behind Siegel and Oakland just three points behind Blackman in a close overall sports trophy race.

In addition, it's the 10th time in 12 years Siegel has won or tied for the girls all sports trophy. They finished ahead of Oakland Middle School, which tied with Siegel the previous two seasons.

This is the second year in a row Blackman Middle School has won the boys all sports trophy.

We would also like to thank Little Caesar's Pizza for sponsoring the all sports trophies since it's inception in the 2005-2006 school year. They've been wonderful partners in making this a special presentation to the schools.

Keep checking back for photos as we present all sports trophies to Siegel and Blackman Middle Schools this week.

LINK TO THIS YEAR'S RESULTS

SIEGEL MIDDLE WINNERS OF THE OVERALL AND GIRLS ALL SPORTS TROPHY 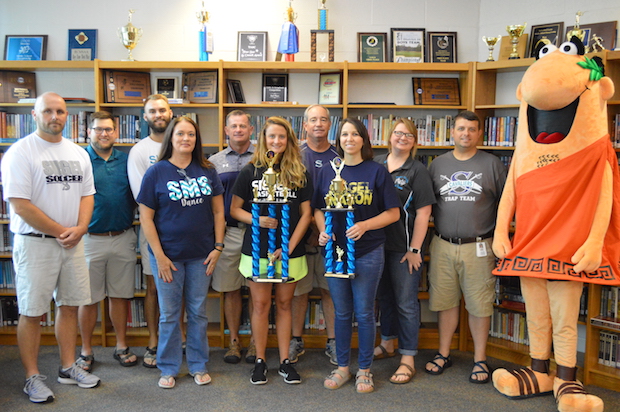 BLACKMAN MIDDLE SCHOOL WINNERS OF THE BOYS ALL SPORTS TROPHY