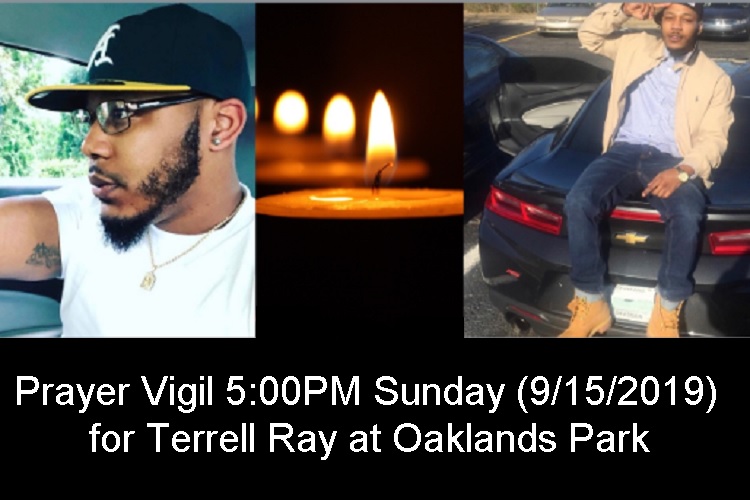 (MURFREESBORO) There will be a prayer vigil for Terrell Ray in Oaklands Park, across from Murfreesboro Police headquarters, at 5:00 o'clock this coming Sunday afternoon. Ray was shot and killed early Friday morning, August 2, 2019, at the Villager Condominiums at 2850 Middle Tennessee Boulevard.

Police Public Information Officer Larry Flowers said, "Ray was apparently an innocent victim with no criminal history. He happened to be in the wrong place at the wrong time. The family will make a plea for his killer to come forward or someone who knows the killer to turn him in."

Ray was shot and killed August 2, 2019, at the Villager Condos. His car was stolen. He was an innocent victim with no criminal record, according to detectives.

The shooter is still on the run. If you have any information as to the identity of the shooter, please contact Detective Julie Cox at (629) 201-5514.