President Trump Nominated BETH HARWELL To Serve On TVA Board 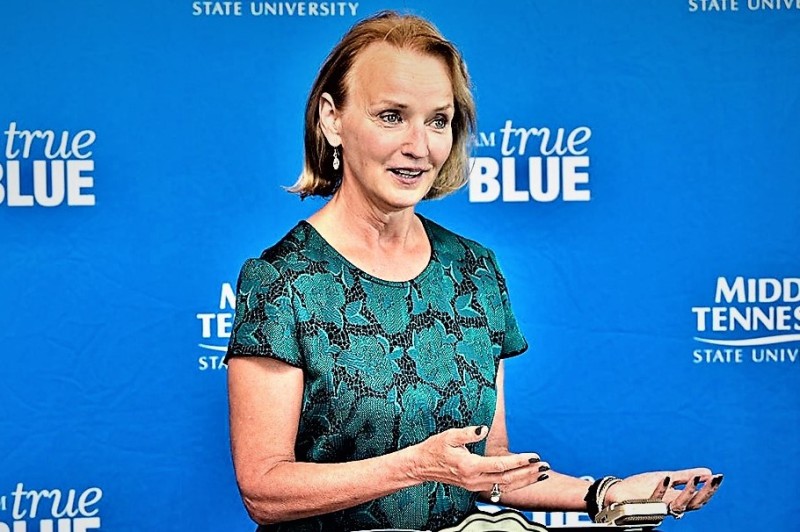 (MURFREESBORO) Former State Representative Beth Harwell has been nominated for the board of directors for the Tennessee Valley Authority by President Donald Trump. Last week, she was speaking at MTSU as Distinguished Visiting Professor.

Harwell, the first female speaker of Tennessee's House of Representatives, and her fellow board nominee Brian Noland, president of East Tennessee State University, must be approved by the U.S. Senate before their new roles become final.

U.S. Sen. Lamar Alexander praised the nominations, which the White House announced Jan. 28 as part of a brief list of administrative appointments.

"Beth has worked with the TVA on several issues," Alexander said of Harwell. "She understands that TVA's mission is to continue to provide cheap, clean and reliable electricity throughout the Tennessee Valley, and I know her leadership will be a valuable asset to the TVA board."

In her visiting professor's role, she's also working across disciplines on campus, aiding the MTSU chapter of the American Democracy Project and the Free Speech Center on boosting political dialogue; mentoring student interns in the Tennessee General Assembly and delegates to the Tennessee Intercollegiate State Legislature; and advising student journalists in the School of Journalism and Strategic Media who cover the state legislature.

Harwell represented Tennessee's 56th District in Metro Nashville Davidson County from 1988 to 2019 and served as speaker from 2011 to 2018.

The Tennessee Valley Authority, established by Congress in 1933, provides electricity for 10 million people in parts of seven southeastern states and provides flood control, navigation and land management for the Tennessee River system.

Its nine board members, who meet quarterly in TVA's various service areas, serve staggered five-year terms. Under legislation approved by Congress in 2005 and adjusted annually with all federal executive appointees' pay, each board member receives a $ 52,702 annual stipend-- and a bit more for board committee chairs --plus travel and related expenses. The board chair, who's chosen by the members, receives $ 58,650 per year.

For more information about MTSU's Department of Political Science and International Relations and its programs, please visit https://www.mtsu.edu/politicalscience.