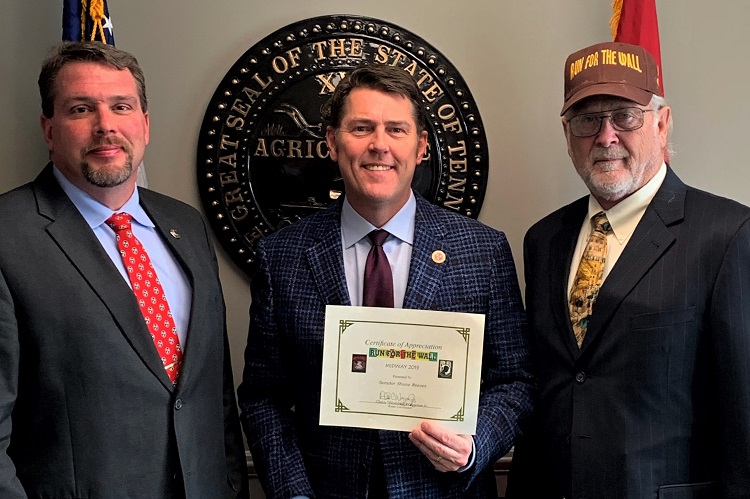 (NASHVILLE) State Senator Shane Reeves reports that the second week of General Assembly was successful. In fact, Reeves and the Rutherford County delegation will be on WGNS this coming Friday morning (1/31/2020) from 8:10-9:00 and update constituents on what is being considered on capitol hill.

He noted that last week the Judiciary Committee passrd SJR 648, a resolution allowing voters to add Tennessee's Right to Work law to the state constitution. This resolution guarantees that the constitution will protect workers from being hired or fired due to membership in, affiliation with, resignation from, or refusal to join or affiliate with any labor union or employee organizations.

Senator Reeves commented, "The Senate Commerce and Labor Committee began discussion on SB 322. I am proud to sponsor this bill that will help to increase consumer transparency in the health care industry through an all payer claim database (APCD). This database would provide consumers with transparent costs of services, as well as aid in improving public health by controlling costs, aiding research, and fostering competition among medical providers."

He noted that last Thursday (1/23/2020) Governor Lee held a press conference to announce his comprehensive pro-life legislation for the 2020 session.

Gov. Lee stated "Tennessee is taking a monumental step in celebrating, cherishing, and defending life at every stage. I'm grateful to be joined by so many leaders in our state who are boldly standing up for our most vulnerable."

Senator Reeves explained that this legislation will prohibit an abortion where a fetal heartbeat is present, making Tennessee one of the most pro-life states in the country. I look forward to working with Governor Lee on this bill.

Senator Shane Reeves encourages the public to call his office at 615-741-1066 anytime he can be of assistance.