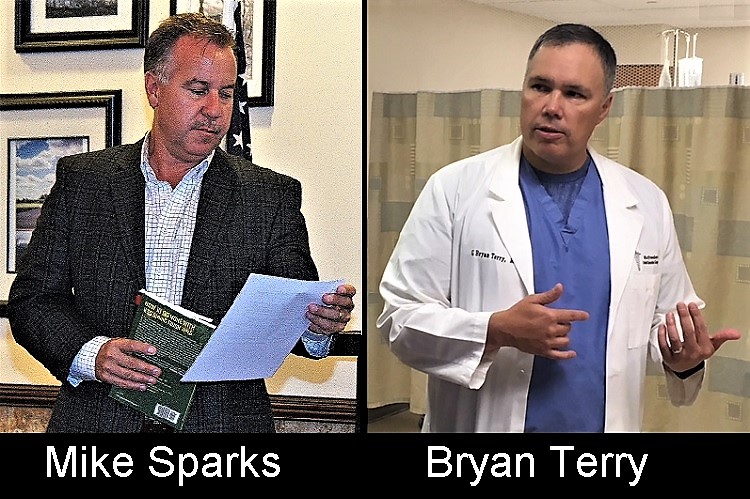 State Representatives Mike Sparks and Bryan Terry were both presented The Award for Conservative Excellence from the American Conservative Union.

48th District Representative Terry (R) noted, ""Whether it is standing for the sanctity of life, our Second Amendment rights, our liberties, or sound fiscally conservative policy that enhances our economy, I'm honored to be recognized for taking the concerns of the District 48 to the state capitol in Nashville and producing positive results."

Dr. Terry said, "I appreciate the awareness these various groups bring forth by recognizing the efforts, work, and results many legislators put forward. Helping citizens be informed is of vital importance, but in the end, what really matters is the opinion of the constituency. I'll continue to value the faith that our community places in me and I'll keep working for the betterment of our district and the state of Tennessee."

Rep. Terry represents District 48 which is the eastern half of Rutherford County. He serves as the Chairman of the House Health Committee and serves on the Insurance and Calendar and Rules committees. He, also, serves on the TennCare, Mental Health and Substance Abuse, Public Health, and Facilities, Licensure, and Regulations subcommittees.

Sparks, the 49th district Republican representative commented, "I am honored to receive this recognition from the ACU for my conservative voting record. I promise to keep up the fight for my community and for all Tennesseans who realize that conservative solutions are what have made our state a model for good governance and the envy of the entire nation."

This achievement honors Sparks for his steadfast support of initiatives throughout the 2019 legislative session that have made crucial conservative reforms and that have enhanced Tennessee's economic prosperity.

According to the American Conservative Union's website, the organization believes that the Constitution of the United States is the best political charter yet created by men for governing themselves and that the constitution is designed to guarantee the free exercise of the inherent rights of the individual through strictly limiting the power of government.

Mike Sparks represents House District 49 in Rutherford County. Representative Sparks is the chairman of the Consumer Subcommittee. He also serves on the Insurance Committee, Consumer and Human Resources Committee, Naming, Designating, and Private Acts Committee, and the Property and Casualty Subcommittee. He can be reached at 615-741-6829 and email Rep.mike.sparks@capitol.tn.gov.