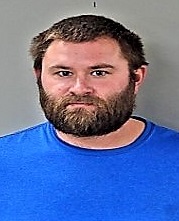 (MURFREESBORO) After completing the investigation concerning a fire to an RV/camper in January, Rutherford County Fire Rescue's Arson Investigation Unit has charged a male suspect with setting fire to personal property.

At 2:00 o'clock Thursday afternoon, January 9, 2020, firefighters responded to the Saddle Drive and Crest Drive area to extinguish a camper-trailer fire. From the beginning, there were reports that the blaze was intentionally set.

After conducting an investigation, the Arson Investigation Unit determined that 29-year old Robert Christopher Fulton was responsible for the fire. Fulton was found in the area a short time after the fire. He had to be transported to Vanderbilt University Medical Center as a result of burn injuries.