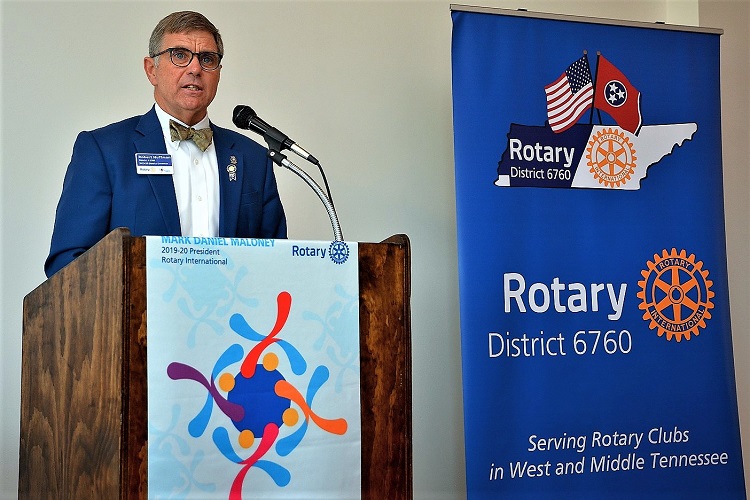 Huffman spoke about the twenty-five charter members who chartered the county's first civic organization on October 1, 1919, and how the local Rotarians are building on the shoulders of what was started by first President James M. Butler.

He also told how more than 30-years ago, Rotary set out to rid the world of polio, and now there is just a handful of cases among the nomadic persons roaming in Pakistan and Afghanistan.

The 100th anniversary celebration continues tonight at 5:00PM with a dinner at The Grove at Williamsopn Place.