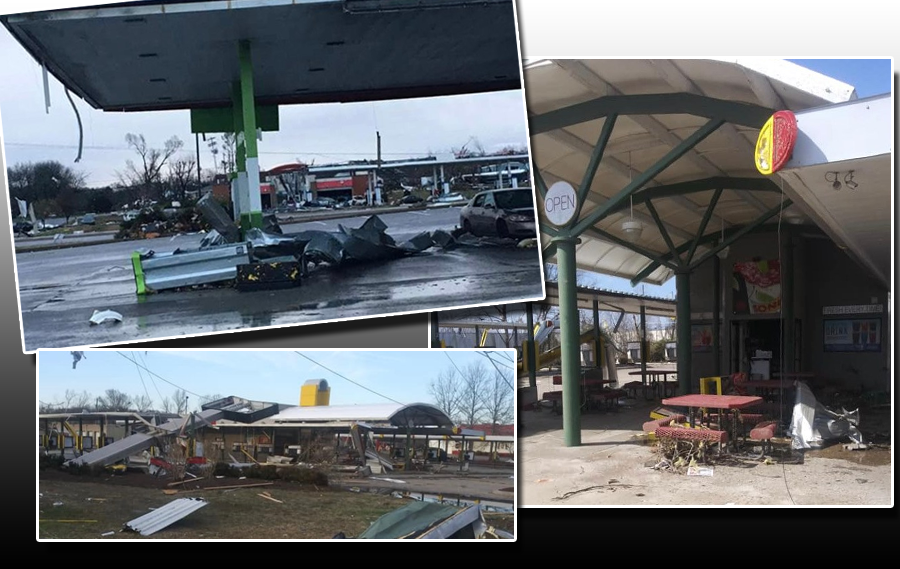 WGNS Photos along Highway 109 at I-40 in Wilson County

Murfreesboro residents have had a hand in helping tornado victims over the past two weeks in Putnum County and in Wilson and Davidson Counties. Some of the help from our area came in the form of water bottles, clothing, financial aid and even help from first responders and the electric department.

Murfreesboro Fire and Rescue took crews into the devastated area of Wilson County to provide assistance in Lebanon at 3:30 AM on the morning of the tornadoes and later headed to Mt. Juliet to provide aid.

Special Kids in Murfreesboro worked to collect donations for those affected by loss this past Saturday. Some of the items donated included tarps, blankets, hygiene products and canned food.

Again, Rutherford County has played a strong role in helping our neighbors who were negatively impacted by the tornadoes that struck Middle Tennessee on March 3rd, just as those neighbors have helped our community in times past.