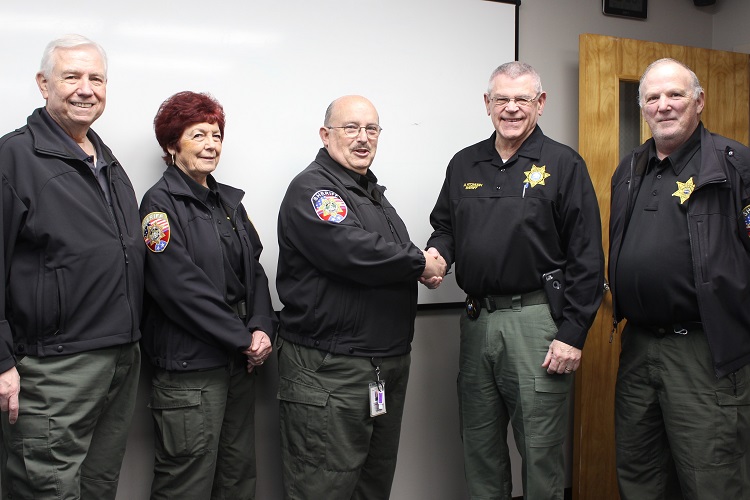 "I was never so glad to see anyone in my life," Rutledge said after recovering from the medical scare.

SCAN volunteers Jack Kelton and Phil Barnett stopped by Rutledge's home to visit but when they knocked on the door Rutledge didn't answer. They peeked in the door and saw Rutledge lying on the floor. When they entered the house, they called 911 for an ambulance.

Rutledge told the SCAN volunteers he laid on the floor since the morning of the previous day. He couldn't reach his phone. Rutledge is a Vietnam veteran who was wounded in combat.

Barnett stayed with Rutledge while Kelton traveled down Rutledge's long driveway to guide the paramedics and deputies.

"EMS said if we hadn't come to visit, he may have laid there and died," Kelton said.

Paramedics treated Rutledge while transporting him to St. Thomas Rutherford where he was admitted for additional treatment.

Kelton visited him at the hospital and keeps checking on him.

"We're just glad we could help the man," Kelton said. "It scares me to think what would have happened."

Barnett said they were working with neighbors to check on Rutledge routinely now that he is home.

Rutledge said he is feeling better.

"I just want to thank them guys and thank the program," Rutledge said.