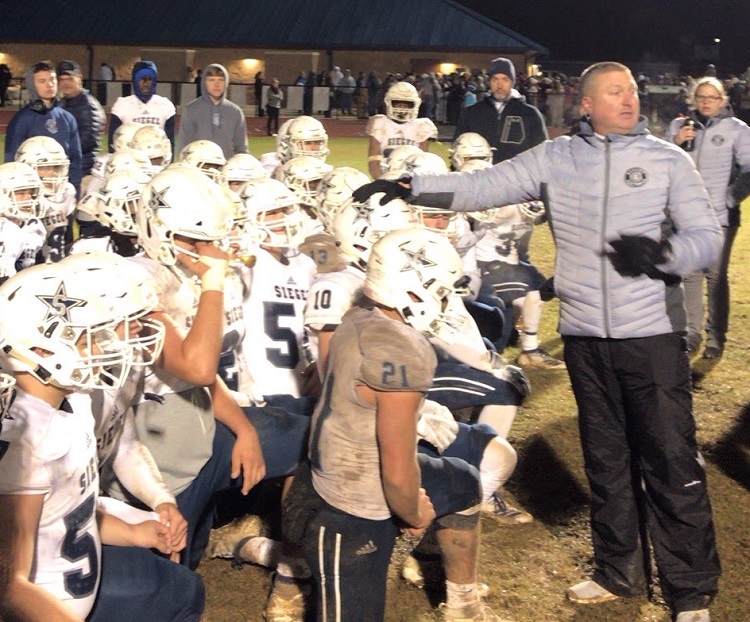 Coach Michael Copley talks to his team after winning their only game of the season last Friday at Rockvale. Photo from Siegel Cheer Twitter.

Principal Larry Creasy tweeted "I appreciate everything that Coach Copley did for the football program." He added "Coach Copley did a lot of good things during his three years as head coach." The principal went on to say he wishes Coach Copley and his family nothing but the very best.

Copley, on the Prentice Alsup Heating and Air Coaches Corner this past Saturday, spoke about the tough season this year, which saw the Stars go 1-and-9:

Siegel was 8-and-22 the three years under Copley's leadership. He was hired in January of 2017 after current athletic director Greg Wyant stepped down. It will likely be at least after the football season is over before a new head coach is announced.