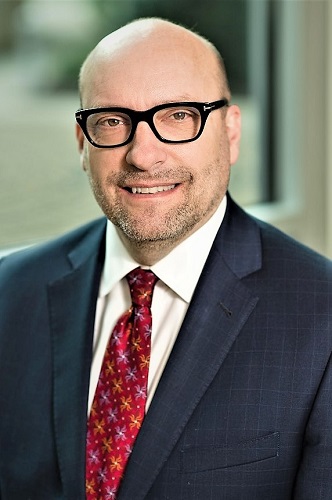 Scott joins Saint Thomas Rutherford with more than a decade of executive leadership experience at fellow Ascension hospitals. He most recently held a dual role as CFO of Saint Agnes Healthcare and Hospital in Baltimore, Maryland, and Providence Health System and Hospital in Washington, D.C.

In that capacity, Scott managed physician contract renegotiations; led consistent achievement of overall operating margin targets; and developed business plans to support acquisitions, new lines of business, partnerships, and capital investments. In addition to producing clean audit results with no adjustments for all ten years, Scott designed and implemented a successful new system of monthly reporting packages for board and executive leadership.

"Across Ascension, Scott has earned a reputation as a strategic leader with integrity and dedication to creating results," said Gordon Ferguson, President and Chief Executive Officer, Saint Thomas Rutherford Hospital. "We are thrilled that Scott is joining the leadership team at Saint Thomas Rutherford and we know that his financial acumen will be a tremendous asset to our continued growth."

After graduating with honors from the University of Baltimore with a Bachelor of Science in Finance, Scott obtained his MBA at Loyola College of Maryland. In the year that he completed his CPA exam in Maryland, Scott was recognized for obtaining one of the top 10 scores in the state.