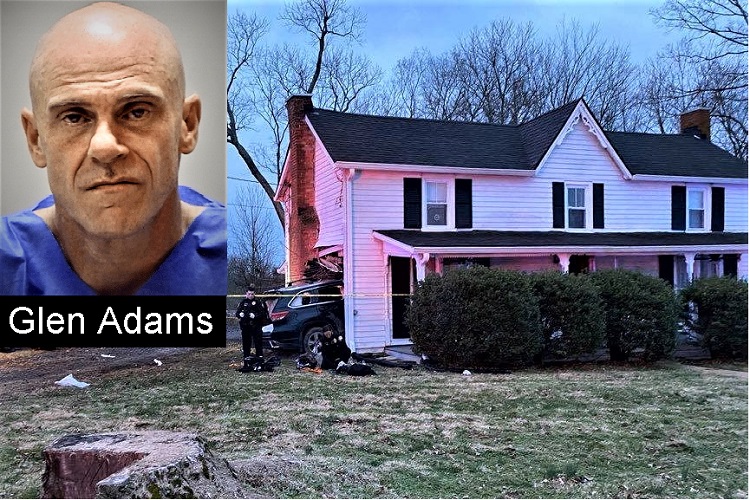 (Mt. Juliet, TN) A car stolen from Murfreesboro ended-up crashing through the side of a home on Central Pike near Pleasant Grove Road in Mt. Juliet. The vehicle was being pursued by Mt. Juliet police. The driver is 47-year old Glen Adams of Old Hickory. He was is booked in the Wilson County Jail.

So what started this escapade?

It seems as if Mt. Juliet police attempted to make a traffic stop, but when the driver allegedly would not stop - they ran the tags through the department's system. That's when officers learned that the Toyota SUV was stolen and the pursuit re-started.

The driver eventually lost control of the vehicle and slammed into a home, which ironically is owned by a Wilson County Sheriff's deputy, but no one lives there at this time.

The suspect was extricated from the vehicle and transported to the hospital with non-life threatening injuries.

Reports show that Adams allegedly stole the Toyota Highlander SUV from a Murfreesboro Exxon gas station earlier that morning, where the vehicle was unlocked and running.

By the way, Glen Adams was wanted in both Wilson and Sumner counties for felony theft and illegal drug activity charges. His record showed felony convictions of voluntary manslaughter and numerous drug related offenses.

Shortly after 7:00 o'clock Tuesday (2/11/2020) morning, Murfreesboro Police were called to Exxon at 4106 Franiklin Road in reference to a stolen vehicle.

Murfreesboro Police Public Information Officer Larry Flowers told WGNS, "The owner of the vehicle told the officer he began pumping gas into his vehicle (2018 Black Toyota Highlander) and left his vehicle unoccupied with the driver's side door open and went inside to purchase a drink. When he exited the business his vehicle was gone."