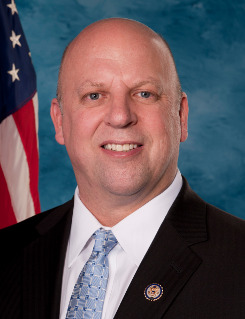 This past week Congressman Scott DesJarlais, a physician from South Pittsburg, Tennessee, took his oath of office to represent his state's Fourth District in Congress, promising to "support and defend the Constitution."

"It's an honor to represent the people of Tennessee's Fourth District in Congress, where I'm sworn to protect the United States and our Constitution. Without strong border security, both would be in jeopardy. National and economic security, and our individual freedoms, depend on building a wall to protect American citizens. We need also need to fix bad laws encouraging illegal immigration, but the new Democrat majority is insisting on the failed status quo, endangering lives. My number-one job is to pass a Homeland Security bill that truly improves border security. The evidence is overwhelming that walls work, and the need is only growing. I'm proud to stand with the President to stop drugs and crime, which not long ago was a bipartisan issue."