Tennessee Moving Forward with Execution of Murderer on Thursday 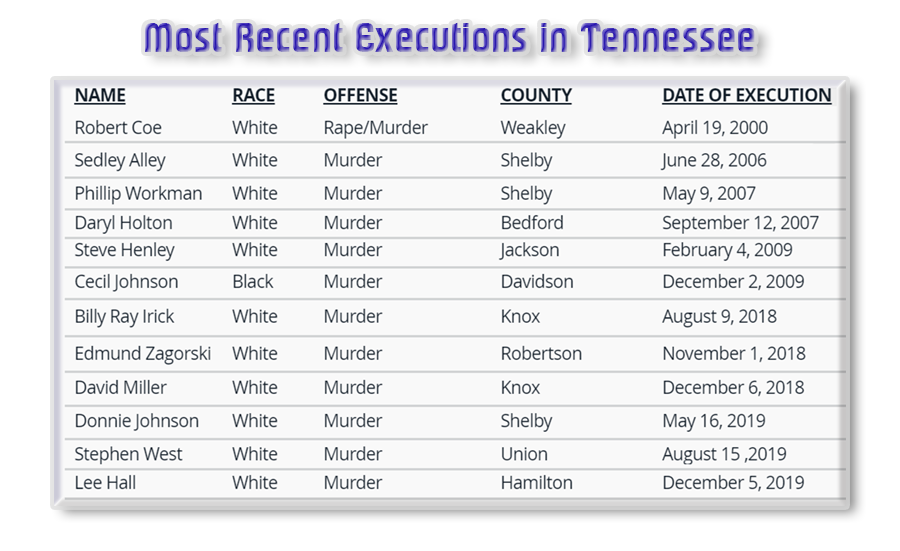 The Tennessee Supreme Court has three executions scheduled. One of those is scheduled to take place THIS Thursday (2/20/2020).

Nicholas Sutton was convicted of killing an inmate. Prior to the murder of in inmate in 1986, he killed a total of 3 people in the early 1980's. One of those 3 included his own grandmother.

Tennessee Governor Bill Lee announced that he would not halt the execution for Sutton. Lee also said in a statement, "After careful consideration of Nicholas Sutton's request for clemency and a thorough review of the case, I am upholding the sentence of the State of Tennessee and will not be intervening."

Also set for execution in Tennessee, triple murderer Oscar Smith will be put to death on June 4th. The justices also set an execution date of August 4th for Harold Nichols.

Until 1913, all individuals convicted of a capital offense were hanged. There are no official records of the number or names of those executed.