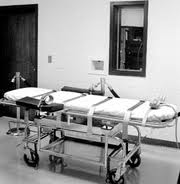 Tennessee's first execution in almost a decade is now scheduled for next month.

Fifty-nine-year-old Billy Ray Irick is set to die August 9th. He raped and killed a 7-year-old girl in Knox County 33 years ago.

He is one of 60 people currently on death row.

WBIR-TV reports that the Tennessee Department of Correction says it has the necessary drugs to carry out a lethal injection.

Wednesday, a judge in Nevada delayed a lethal injection there because one of the drug's manufacturers says it doesn't want its product used for executions.

Will there be a delay in the execution, we will wait and see?