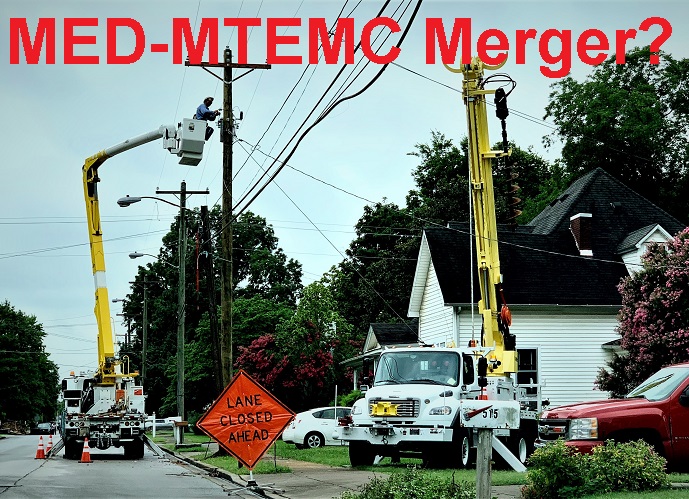 (MURFREESBORO) At 5:45PM this coming Thursday (10/3/2019) afternoon, the Murfreesboro City Council and the Murfreesboro Power Board will conduct a joint meeting following an executive session of the Council. The purpose is to discuss legal funding matters regarding the potential sale of Murfreesboro Electric to Middle Tennessee Electric Membership Corp.

The first meeting is the executive session. It will be in the Administrative Conference Room of the Murfreesboro City Hall, 111 W. Vine Street.

After that, the group will move to the Council Chambers for a joint public meeting with the Murfreesboro Electric Department Power Board and Murfreesboro City Council to consider the appropriation of funds to pay for legal, accounting, and other expenses related to the possible sale of MED to MTEMC.

Murfreesboro Electric is a department of the City of Murfreesboro and currently governed by a board of directors. The Power Board, which is appointed by the City Manager, with city council's consent, sets the electric department's budget and makes policy decisions.

Murfreesboro Electric Department operates under a contract with The Tennessee Valley Authority (TVA), a corporate agency of the federal government. The TVA provides all of the electricity distributed by MED to its customers.